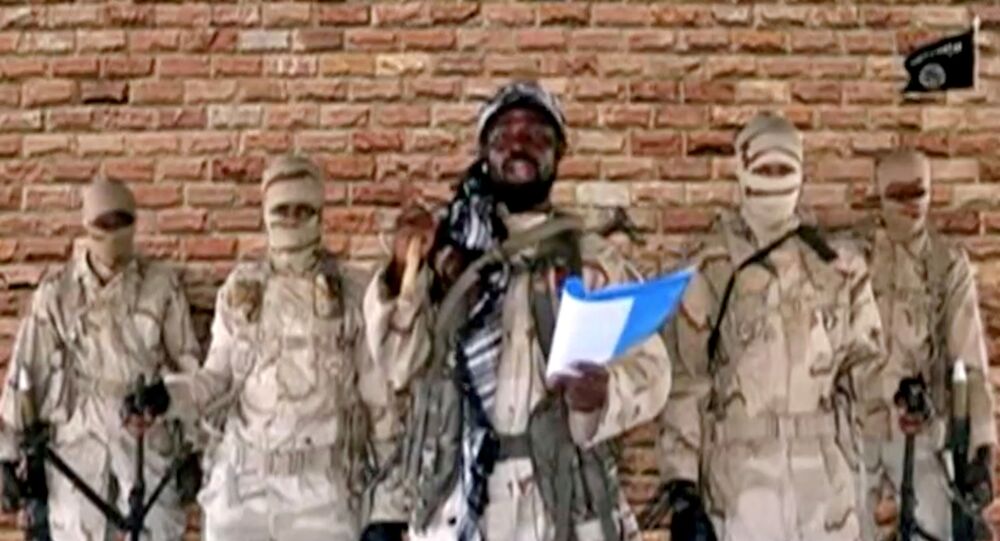 Nigerian intelligence officers in May claimed that Abubakar Shekaku had been either seriously injured or killed when he and his bodyguards were surprised and surrounded by guerrillas from the West African DAESH* affiliate mounted on armed pickup trucks.

ISWAP leader Abu Mus’ab al-Barnawi said on Friday that Abubakar Shekau had blown himself up with the group's explosives after being surrounded, following a May 19 firefight between elements of the two factions, according to Sahara Reporters.

Al-Barnawi called Shekau “the leader of disobedience and corruption,” and claimed that Shekaku's followers rejoiced at his death.

© AP Photo
Boko Haram Leader Dead or Injured After Battle With Rival Faction, Nigerian Intel Says
He said the Boko Haram leader, who succeeded Boko Haram founder Mohammed Yusuf after his death in 2009, died “in the most humiliating manner.”

The terrorist leader said he had received orders from the provisional DAESH leader in Syria and Iraq to kill Shekaku, and sent troops across the Sahara to the Boko Haram stronghold in the Sambisa Forest.

“Shekau preferred to be humiliated in the afterlife than getting humiliated on earth. He killed himself instantly by detonating an explosive,” al-Barnawi added.

ISWAP split from Boko Haram in 2016 in objection to Shekaku's extreme brutality, particularly toward fellow Muslims.

At Least 88 Civilians Killed By Militants in Nigeria's Northwest