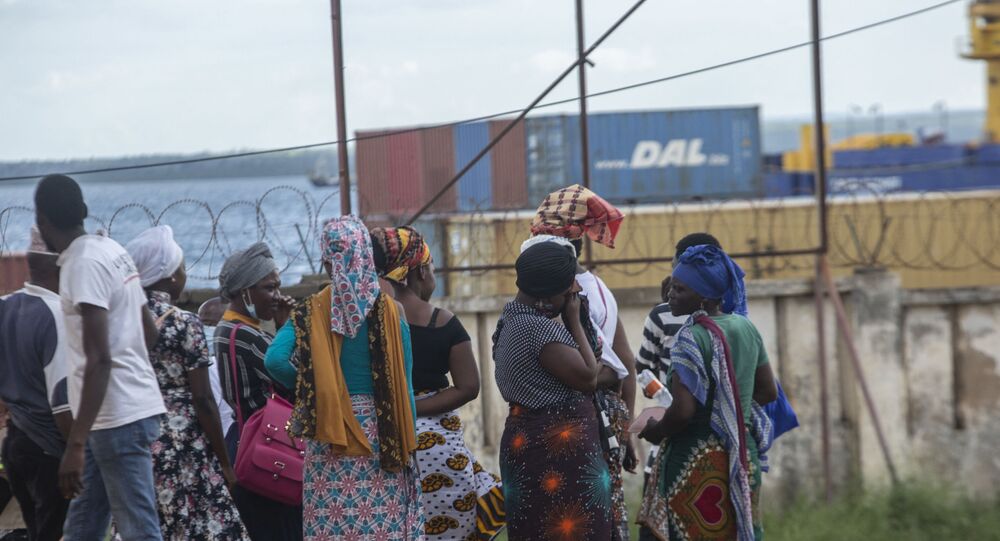 JOHANNESBURG/PEMBA (Sputnik) - Two months after the deadly attack on Mozambique's town of Palma, displaced survivors told Sputnik that they still have no support from the government and are struggling with hunger and the lack of decent living conditions.

Some survivors say they have no shelter and are exposed to intense heat during day and the cold during night.

"We are defenceless and without the basic goods and services to survive. We eat meals donated by people of good will, and we sometimes go for days without eating," Muaziza Adrisse, a distraught mother of five, said.

Adrisse, 32, told Sputnik that she is still haunted by the memory of how her husband was beheaded by militants in the village of Quirinde in Palma district of Cabo Delgado province, where they had taken refuge.

"I just cry, until now, I cry," she said. "I did not have time to bury my husband. We escaped, me and my five children and two of my nephews."

In late March, jihadists announced seizure of Palma, which is home to international gas projects, killing an unknown number of people and displacing some 14,000 others internally, about 40% of whom are children.

The majority of the survivors fled to the provincial capital of Pemba, where several camps have been set up. However, most people settled on vacant spaces in the Maringanha and Chuiba neighbourhoods, where they are waiting for the government to notify them that life is back to normal and the region is safe from the Al-Shabaab group*.

In total, close to 700,000 people have been forced out of their homes in Cabo Delgado province since militants launched insurgency in 2017. The surge in violence has led to a humanitarian crisis in the country.

*Al-Shabaab is a terrorist organisation banned in Russia and many countries around the world.