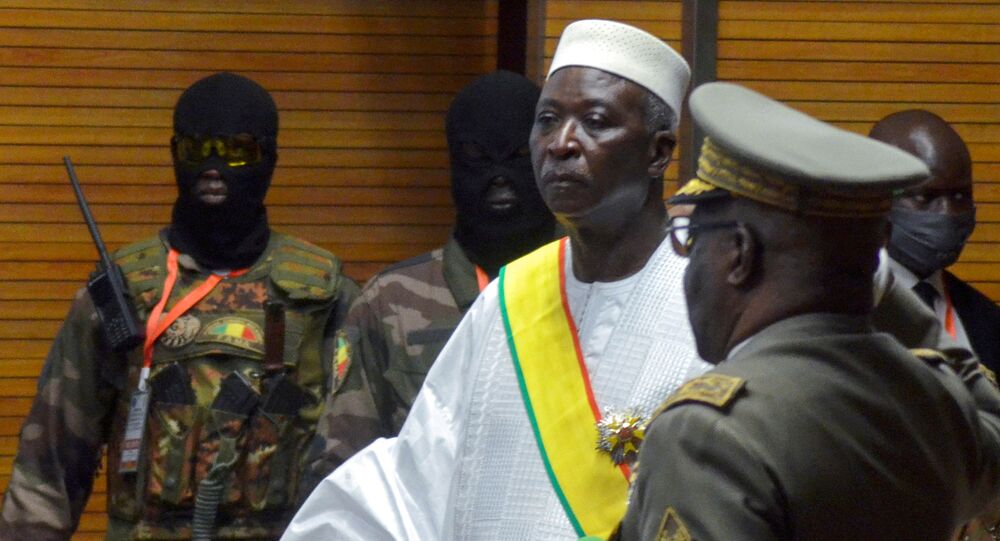 MOSCOW (Sputnik) - Late on Monday, a source told Sputnik that the Malian military had arrested the interim president and the prime minister and transported them to an army base near the capital city Bamako. Mali's interim Vice President Assimi Goita said on Tuesday they had been ousted for violating the transitional charter.

The news agency cited Baba Cisse, a special adviser to interim Vice President Assimi Goita, as saying that the two officials had stepped down in the presence of the Economic Community of West African States mediation mission in the country. One of the members of the delegation also confirmed the development to AFP.

Goita previously accused Ndaw and Ouane of violating the transitional charter after they failed to consult him before forming a new government. The country's military arrested the two men and transported them to an army base near the capital Bamako.

According to Goita's aide, negotiations are under way to have them released and form a new government.

In August 2020, the military in the poverty-striken Sahel nation staged a coup d'etat that saw then-President Ibrahim Boubakar Keita and his government ousted from office.