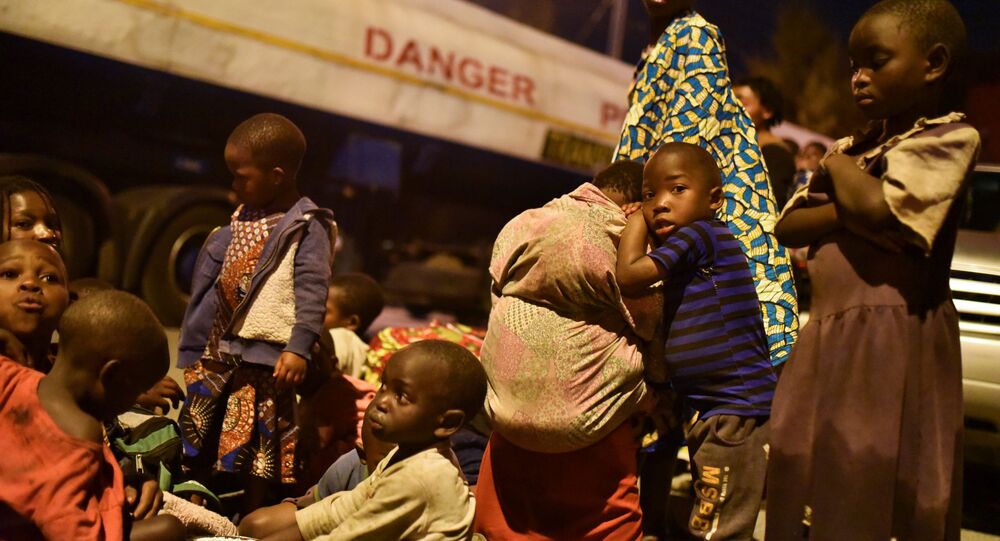 CAIRO (Sputnik) - The civil defense forces of the North Kivu province in the eastern Democratic Republic of the Congo are evacuating residents of Goma after the nearby Nyiragongo volcano started to erupt, North Kivu Governor, Lt. Gen. Ndima Kongba Constant said.

Earlier on Saturday, local media reported that the Nyiragongo volcano, located not far from the DR Congo’s border with Rwanda, had started to erupt. According to the Rwandan RBA broadcaster, the eruption is visible from the Rwandan city of Rubavu, which is located near the border.

"The civil defense is evacuating the population to safe areas," Constant said in a televised address on Saturday.

According to Congolese media reports, Rwanda has closed its border with DR Congo after the eruption started.

According to AFP, flashes of light coming from the crater of the volcano were noticeable from the Congolese city of Goma on Saturday. Eyewitnesses reported that they could smell sulfur in the air. The power supply in Goma was cut off, some local residents began to leave their homes and head towards the border with Rwanda, AFP said.

The Mount Nyiragongo active volcano is located about 20 kilometers (12 miles) north of the town of Goma and Lake Kivu. It started erupting at 7 p.m. local time on Saturday (17:00 GMT). The last time a major Nyiragongo eruption occurred was in 2002, when around 250 people were killed and 120,000 were left without homes, as lava flows destroyed about 20 percent of Goma.