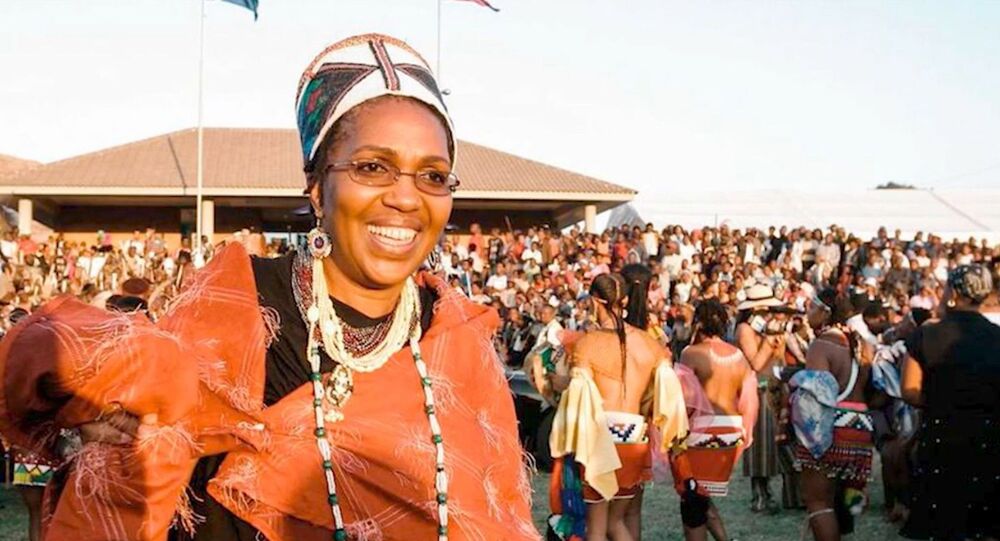 When the patriarch of the family passes, it is often met with family tensions that inevitably emerge. After the passing of Goodwill Zwelithini ka Bhekuzulu, the eighth monarch of the Zulu Kingdom earlier this month, many questions have surfaced as to who may take up the throne.

Queen Shiyiwe Mantfombi Dlamini Zulu, daughter of late King Mswati II, died Friday at the age of 65. She had been appointed interim ruler of the Zulu nation on March 21 amid pending discussions about who would serve as the next king.

It was believed that the queen’s first born son, Prince Misuzulu Zulu, would become the next in line for the throne.

“It is with deepest shock and distress that the royal family announces the unexpected passing of her Majesty Queen Shiyiwe Mantfombi Dlamini Zulu, regent of the Zulu nation," said a statement issued by Prince Mongosutho Buthelezi.

“This has taken us by surprise and left us utterly bereft. It is true that the Lord alone knows the days that He has allotted to each one of us.”

It was reported that the queen had taken ill recently and was admitted to the hospital. In the wake of the death announcement, many tributes have started to come in from surrounding nations.

Queen Mantfombi married King Zwelithini in 1977, effectively becoming his third wife. It was reported the king’s will established that his successor would come from the house of Queen Mantofombi, who is also the Sister of King Mswati III of eSwatini - ruler of the country formerly known as Swaziland. Following the death of King Zwelithini, the queen was established as the regent queen but postponed the decision for three months out of respect for her deceased husband.

The expected king, Prince MisuZulu, was born in Kwahlabisa, KwaZulu-Natal, in September 1974 and studied in the US. The prince is one of 28 children, eight of whom came from the partnership between the king and Queen Montfambi.

“She has eight princes but as per Zulu culture the first one who is MisuZulu will be the next king, that [sic] why king Zwelithini appointed her to be interim while she is preparing her son,” Prince Mongosutho Buthelezi announced in the statement released on March 21 about succession matters.

According to reports, Prince Mongusuthu Buthlezi of the Buthelezi clan near Vryheid was not present when the will was read. The king’s sister, Princess Thembi Ndlovu, has said “only God knows” who will succeed the king.

King Zwelithini had a total of six wives. According to Dr Bhedlindaba Mkhize from the Umsamo Institute, all of the queens have the responsibility to guide the late king’s successor, as well as welcome the new queens to the royal household.

Prince Mongosuthu Buthelezi had suspected division within the royal family after revealing that the late King Goodwill Zwelithini's siblings had been conducting meetings without the authority or sanction of the regent. He dismissed rumors that the queen had been poisoned and promised an update after the mourning period.

King Zwelithini ruled the Zulu nation under the traditional leadership clause of South Africa’s republican constitution, with family links to the Swazi and Xhosa nations. He was buried in a private ukutshalwa ceremony in his Kwadlamahalhla Royal Palace in Kwanongoma on March 24. The cause of Queen Mamfondti’s death is still under investigation, and the royal family has asked for privacy as they prepare her funeral.