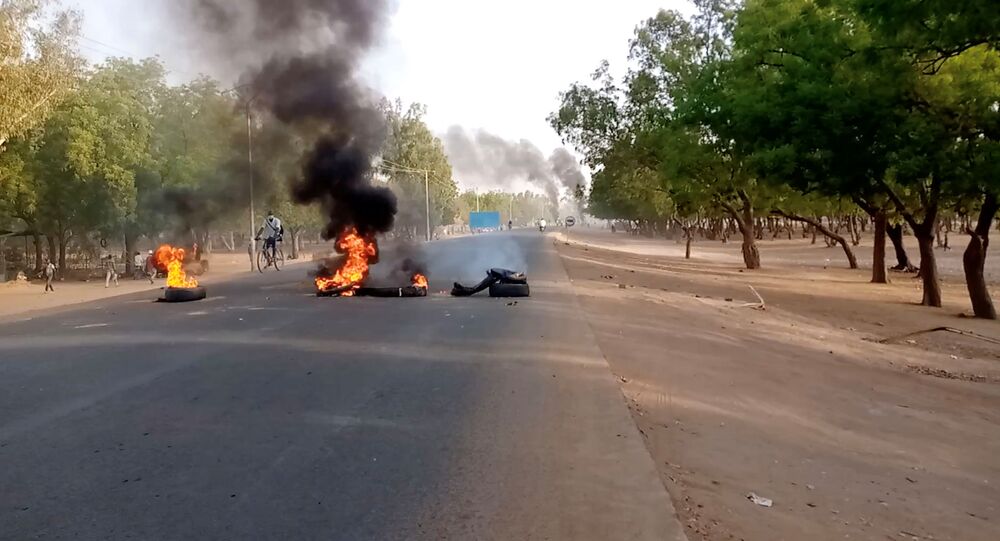 RABAT (Sputnik) - At least four people were killed and 23 others sustained injuries in clashes between protesters against the military rule and law enforcement officers in the Chadian capital of N'Djamena, an informed source told Sputnik.

"Four people were killed, 23 were injured during the protests in Chad", the source said.

Earlier in the day, eyewitnesses told Sputnik that an unspecified number of people had been injured in N'Djamena, which has been witnessing protests since Tuesday morning. Rally participants demand that the Transitional Military Council, led by the son of the late president, transfer authorities to civilians and dissolve.

The country's national news outlet, Al Wihda, reported that demonstrators took to the streets following calls made by the opposition and civil society. Some of the protesters burned tires, while others whistled and carried placards saying "No to the monarchy in Chad", "Yes to a serious and comprehensive national dialogue", and "No to France", which has had extensive influence on Chad's development as its former colonial power. Protesters blocked roads in one of the capital's districts, while police used tear gas to disperse demonstrators.

​The country's political opposition movement has reportedly called upon Chad's citizens not to carry out "illegitimate decisions" taken by the council and also warned Paris not to meddle in the African nation's internal affairs.

© REUTERS / Moumine Ngarmbassa
Chad's President Idriss Déby Killed in Clash on Front Line Shortly After Winning 6th Term in Office
During the rally, a local artist was shot in the leg and then admitted to hospital. Another young man in his twenties was shot dead by police during protests in the city of Mundu, the second largest city in Chad. His body was retrieved by the Red Cross and transferred to a morgue.

Chad's transitional military authority assumed power earlier in April after then-President Idriss Deby, who had been re-elected for his sixth presidential term, died from wounds that he received in clashes between government troops and the rebels in the country's north. The transitional period is set to last for 18 months after which new elections will be held, according to the military.

The late president's 37-year-old son, Lt. Gen. Mahamat Idriss Deby Itno, received military training in the mid-2000s. He has participated in operations against rebel groups and occupied senior military positions. Prior to his father's death, he was the head of the country's elite presidential guard.