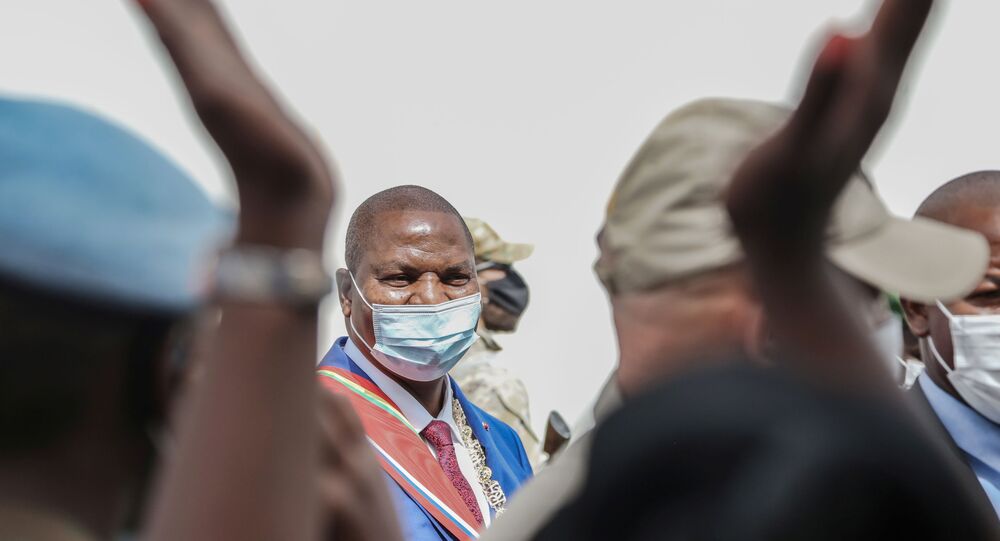 MOSCOW (Sputnik) - The Unity for Peace in Central Africa (UPC), an armed group active in the east of the Central African Republic (CAR), says it is quitting the rebel coalition that has accused CAR President Faustin-Archange Touadera of election fraud.

The Unity for Peace in Central Africa (UPC) "commits to withdraw from the Coalition of Patriots for Change," group head Ali Darassa said in a Monday statement quoted by France 24.

Darassa said the UPC remains committed to the February 2019 peace agreement signed between the CAR government and over a dozen armed groups.

Darassa stressed that the people of CAR have been suffering from famine, instability and a lack of humanitarian assistance following the electoral crisis in the country.

The December 27, 2020, presidential election saw CAR President Faustin-Archange Touadera reelected for a second term, with 53 percent of the vote. Entire electoral districts, however, were unable to cast ballots in militia-controlled areas and some only managed to hold a partial vote because of intimidation by armed rebels.

In March, the CAR held a runoff legislative vote, as well as first-round voting, in December 2020 in areas where earlier violence obstructed the electoral process.