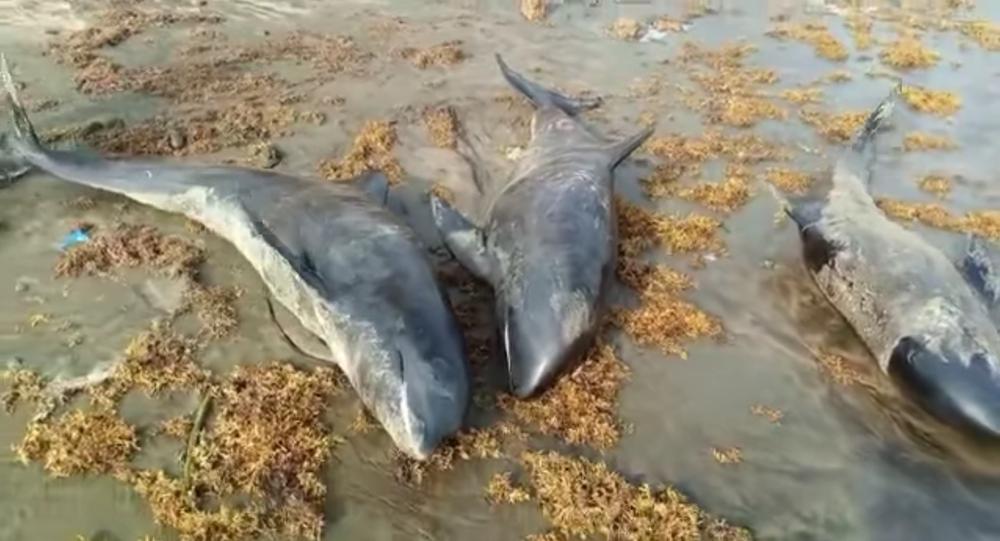 More than 60 dead dolphins have been found on the shores of several Ghanaian beaches in recent days, according to officials with the country's Environmental Protection Agency.

"Initial observation... showed no wound/lesions on their bodies... The colour of the sea and temperature are normal," Michael Arthur-Dadzie, executive director of Ghana's Fisheries Commission, said in a statement, as reported by AFP.

Marine Scientist Dr. Edem Mahu and her team have started investigating the tragic incident in Osu.

We will keep you updated ? #SDGs 🅿️🤛 pic.twitter.com/dPfQc9S6Vk

A number of other fish species were found dead on the beaches as well. Samples have been taken to a laboratory for further examination.

Due to the explainable nature of the beachings, Ghanaian officials have issued a warning against eating dolphins and other recently-caught fish.

At the same, early reports from Ghanaian news outlet Graphic Online revealed that many of the mammals have allegedly already been taken from the beaches by individuals wishing to resell the dead animals' meat.

Some reports have suggested the dolphins are actually melon-headed whales, which belong to the oceanic dolphin family. That mammal is less commonly known as an electra dolphin.

Similarly, more than 100 dead dolphins were found on the shores of Mozambique back in February.

While Ghanaian authorities are still investigating what led to the beachings, a preliminary investigation by Mozambique officials determined that foul play was unlikely, as there were "no signs of mutilation of the animals or contamination by visible hydrocarbons."