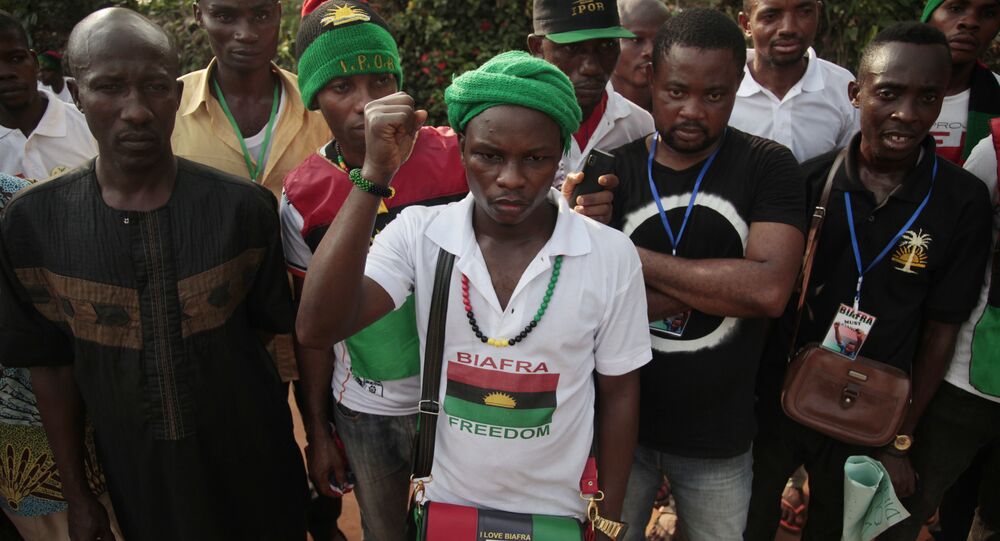 MOSCOW (Sputnik) - Militants from the Indigenous People of Biafra (IPOB) separatist group are suspected of attacking prison premises in the southeastern Nigerian Imo state overnight into Monday, the state police said, as cited by media, with some reports claiming 1,500 inmates were freed during the incident.

"At about 5:00 GMT, armed men suspected to be members of IPOB/ESN criminal gang in their numbers invaded Owerri [capital of the Imo State] Prisons mine using dynamites and other heavy explosives, gained entrance and released some inmates in the prison," a security report read, as quoted by the PR Nigeria outlet.

Contrary to police claims, media reported that some 1,500 prisoners escaped as a result of the attack, which lasted from two to three hours.

The IPOB rebel movement, founded in 2012, aims to restore the once-existing state of Biafra in southeastern Nigeria through an independence referendum. Biafra was a secessionist republic, which declared its independence from Nigeria in May 1967 but was reunited with it almost three years later after the rebels were defeated by the federal government in the Nigerian Civil War.