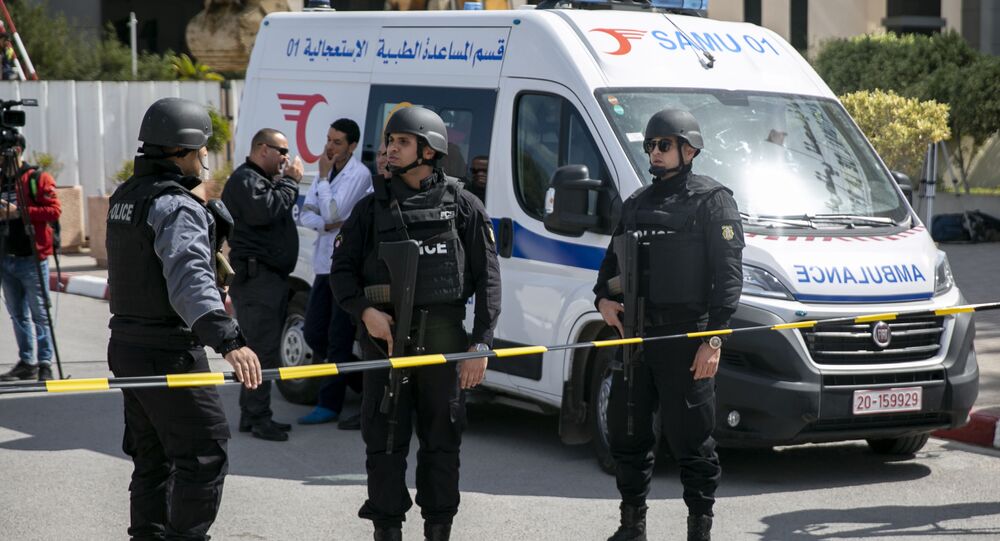 CAIRO (Sputnik) - The wife of a terrorist suspect committed suicide and killed her infant daughter by detonating an explosive devise during a counter-terrorism operation conducted by Tunisia's National Guard units in the country's west, the Interior Ministry has said.

"On Thursday, 1 April 2021, the National Guard units carried out a pre-emptive special operation in the Kasserine region ... After monitoring a terrorist group, they were able to eliminate a terrorist, who was accompanied by his wife", the ministry said in a statement.

During the operation, the suspect's wife of foreign nationality detonated an explosive belt attached to her body, killing herself and her baby daughter whom the woman was holding in her arms, the ministry added, noting that another child survived the blast.

No accurate information has been provided on the woman's citizenship.

In 2015, the Tunisian government declared a state of emergency in the wake of a series of terrorist attacks, including one that killed 40 people in the country's resort of El Kantaoui in the Sousse province in June of this year. Prior to that, another attack occurred in March, when a group of terrorists attacked the Bardo National Museum located in the Tunisian capital and took hostages. A total of 24 people were killed as a result of the attack.

Following these developments, the authorities have enhanced security measures, which helped to restore the flow of foreign tourists to the North African nation.