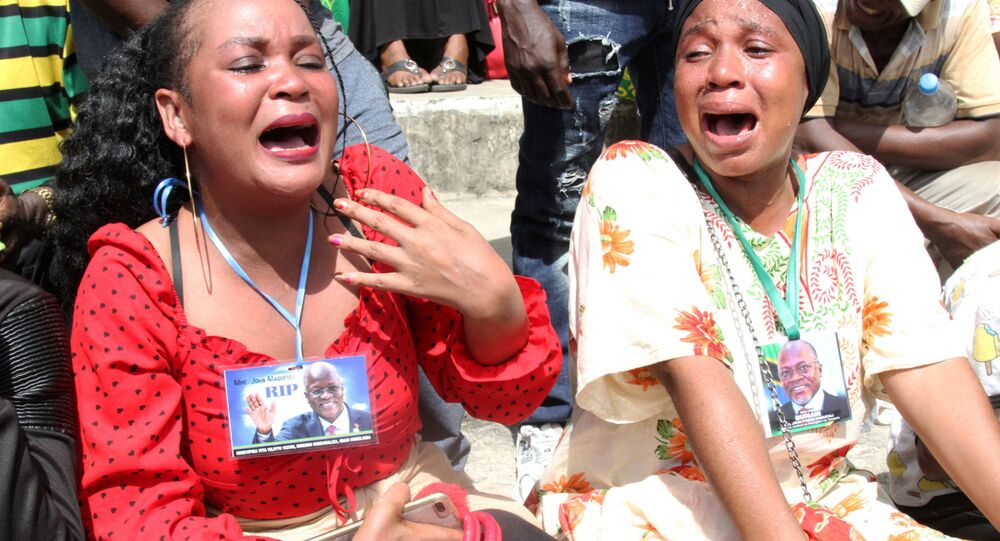 Tanzanian President John Magufuli died on 17 March at the age of 61 in a hospital in Dar es Salam.

At least 45 people died in a stampede during the funeral of the Tanzanian leader, AFP reported, citing police. Thirty-seven more people were injured, according to the outlet. It was earlier reported that five people died.

On 17 March, Magufuli died at the age of 61 in a hospital in Tanzania's Dar es Salaam. While the government maintains its position that the president died of a heart failure after struggling against the disease for a decade, opposition forces claim he had severe coronavirus symptoms.

Earlier, Magufuli had said there was no COVID-19 in the country. He also encouraged residents to pray for three days to combat respiratory illnesses and stressed that he would not impose a lockdown. The Ministry of Health reported that Tanzania had no plans to purchase COVID-19 vaccines.