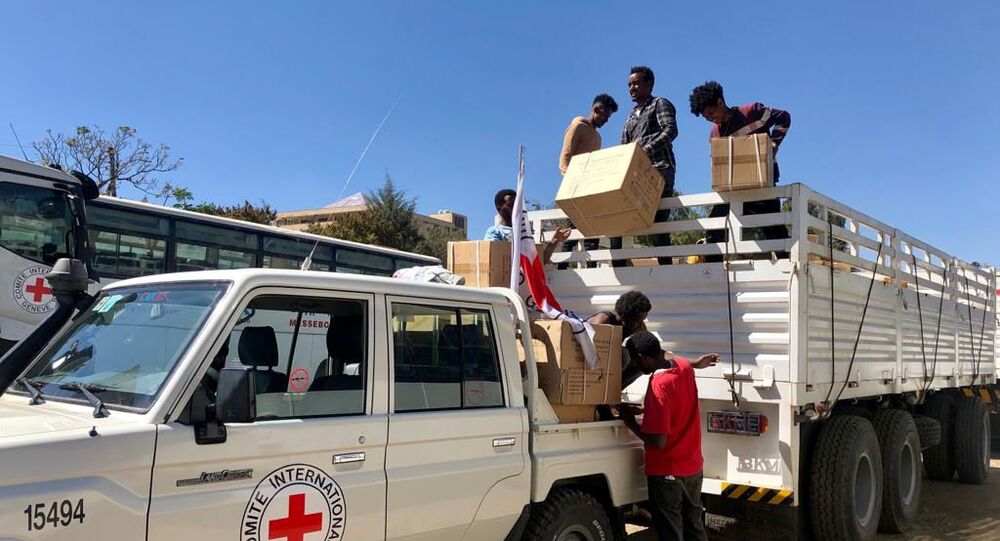 "In our 26 March 2021 discussions with President Isaias Afwerki during my visit to Asmara [Eritrean capital], the government of Eritrea has agreed to withdraw its forces out of the Ethiopian border", the prime minister said.

The Ethiopian leader, who was awarded the Nobel Peace Prize in 2019 for his role in ending the 20-year war with Eritrea, added that the two neighbouring countries would continue strengthening bilateral relations.

© AFP 2021 / EDUARDO SOTERAS
A damaged Ethiopian tank sits by the roadside in Tigray, close to the border with Sudan

Ethiopia's northern region of Tigray has been volatile since early November when the federal government accused the Tigray People's Liberation Front (TPLF) party of attacking a local military base and launched a security operation there.

In late 2020, TPLF leader Debretsion Gebremichael said that Eritrea, which was technically at war with Eritrea until 2018, had sent troops across the border in support of Ethiopian government forces.

The Tigray conflict has pushed thousands of Ethiopian refugees to neighbouring Sudan, prompting international fears of a humanitarian crisis. International human rights groups have alleged possible was crimes in Tigray, including by Eritrean troops.