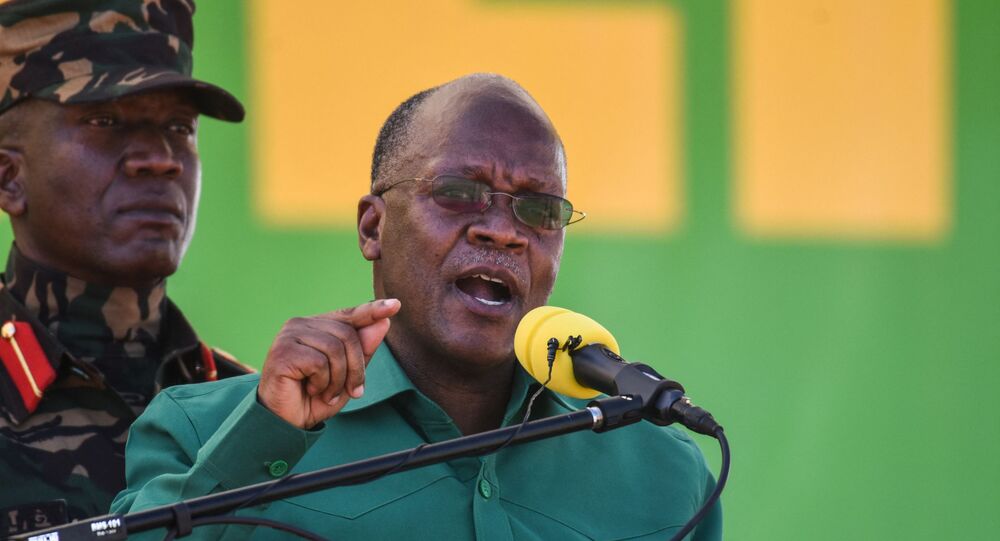 On Wednesday, Kenya’s Nation newspaper said an unnamed African leader was being treated for COVID-19 on a ventilator at a Nairobi hospital, citing unidentified sources. On Thursday, Tanzanian opposition figure Tundu Lissu identified the country's controversial leader Magufuli, famous for his COVID-19 denial, as the unnamed patient and claimed that he was later transferred to India in a comatose state.

"Prime Minister Kassim Majaliwa warns Tanzanians not to believe posts in social media that can be used to spread fake news ... He urges Tanzanian citizens to remain calm as president John Magufuli is safe and continues with his responsibilities," Tanzanian broadcasting company stated.

The president was reportedly last seen in public on 27 February during a ceremony at State House in Dar-es-Salaam, Tanzania’s largest city.

Magufuli has consistently denied that there is COVID-19 in the country and encouraged citizens to pray and use herbal medicine. Tanzania's health authorities also refused to purchase vaccines.