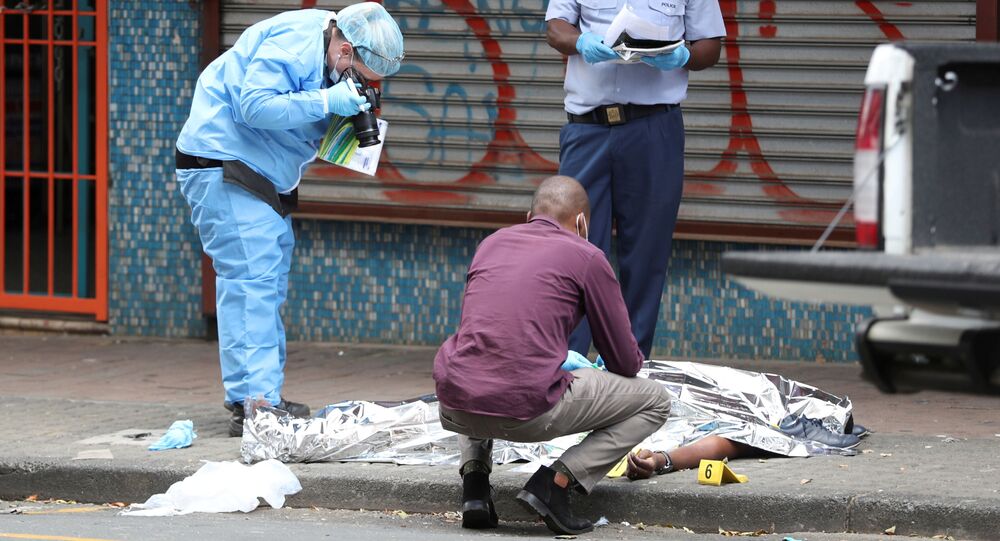 The 'tripartite alliance' of the ruling ANC, South African Communist Party and union federation COSATU brought down Apartheid and has governed since 1994. But the government's failure to honour a public-sector pay agreement amid austerity cuts from the finance ministry has strained the pact to breaking point.

The three-way alliance that has dominated South African politics since the end of Apartheid is on the brink of collapse.

The strain of austerity policies imposed by the African National Congress (ANC), combined with the spark of the police killing of an innocent man on Wednesday morning, have brought tensions with the South African Communist Party (SACP) and trade unions to a boiling point.

The ANC has "become a reactionary force located on the other side of the fence against the working class," YCL spokesman Dloze Matooane said. "The ANC must take full responsibility for the decisions of the reactionary liberal government, specifically the National Treasury."

The man, yet to be officially named, was shot dead as he left a medical clinic in the Johannesburg district of Braamfontein where protest by students from the University of Witwatersrand was underway outside. The South African Times reported that the bystander was hit twice in the chest with rubber bullets and died at the scene.

Wits student Bongani Makhanya said the police opened fire "without warning" on the youths protesting at the exclusion of applicants with bad debt records.

“They didn’t give us the time to disperse — they shot at us at first glance, no warning at all," Makhanya said. "As a black student, how do you feel safe when there has been repeated violence against us?"

The Independent Police Investigative Directorate (Ipid) was investigating the killing.

President Cyril Ramaphosa's motorcade was stoned by protesting students on Wednesday as it drove past Wits university later on Wednesday.

The South African Students Congress (SASCO), part of the Progressive Youth Alliance with the YCL and the ANC Youth League, urged learners to “reject this neoliberal ANC government and render all campuses across the country ungovernable.” It also called for Higher Education Minister Blade Nzimande, the SACP's general secretary to be sacked.

But a statement by the SACP condemned the killing without mentioning the role of the police. Instead it pinned the blame on ANC Finance Minister Tito Mboweni and his recent budget, which included cuts of R8 billion (£380 million, $530 million) to higher education — including student bursaries — over the next three years.

The austerity measures ​imposed by Ramaphosa's government have also caused tensions with the ANC's allies in the labour movement, the third pillar of the 'tripartite alliance' that brought down apartheid and kept the party in office since 1994.

Teaching and healthcare union NEHAWU, the largest affiliate of the ANC-allied COSATU federation, declared over the weekend it would not campaign for the ANC in coming local elections over the government's failure to honour a public-sector pay agreement. The union will also withhold millions in campaign donations it customarily pays to the ruling party.

"Why would members who have not been given an increase to improve their livelihood, given the devastation brought about by Covid-19 that has made their families suffocate... sacrifice the little they get and take that money and mobilise for the ANC that seems to care less about their conditions?” NEHAWU General Secretary Zola Saphetha demanded.

“Our government has set a bad example and other private sector unions are worried about that and they are starting to observe or get a signal of such a behaviour,” he added.