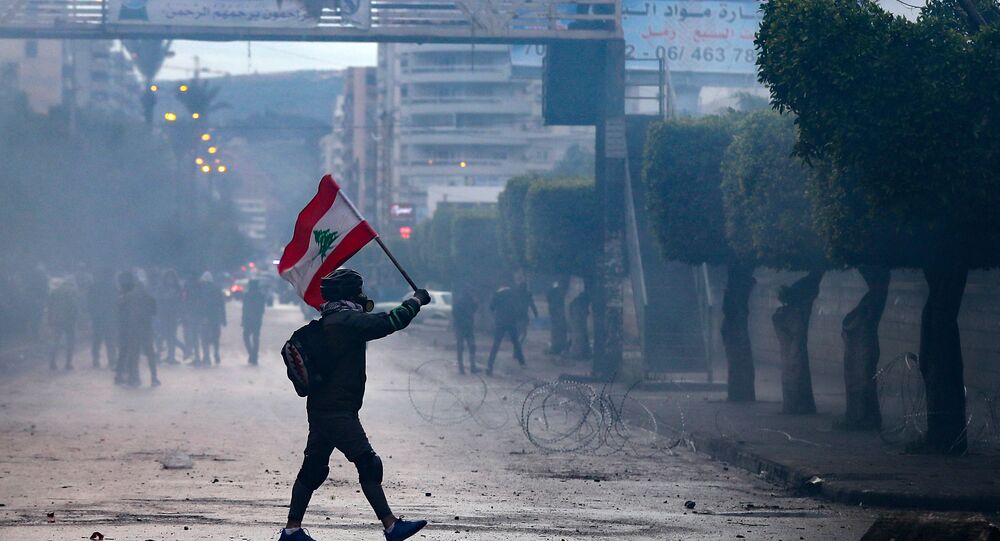 BEIRUT (Sputnik) - Demonstrators blocked northern exits and entrances of major highways of the Lebanese capital of Beirut, a Sputnik correspondent reported on Monday.

In the morning, protesters began blocking the main streets of the Lebanese capital, torching tires and dumpsters. At the same time, a group of demonstrators barricaded a key highway linking the city with the country's north.

According to media reports, the same situation is in the northern cities of Byblos and Batroun.

© AP Photo / Hassan Ammar
Caretaker PM Warns Lebanon Close to Point of No Return as Local Currency Plunges - Report
In the south, protesters have blocked a transport link between Beirut and southern Lebanon as well as a section of the highway between Sidon and Tyre.

Protests involving road blockades continue across Lebanon for a week amid dismay over the protracted economic crisis. The current wave of unrest broke out after the Lebanese pound depreciated by another 15-17 percent over the past days.

Acting Prime Minister Hassan Diab said on Saturday that the country was close to a point of no return unless a new government was formed to start negotiations with the International Monetary Fund.