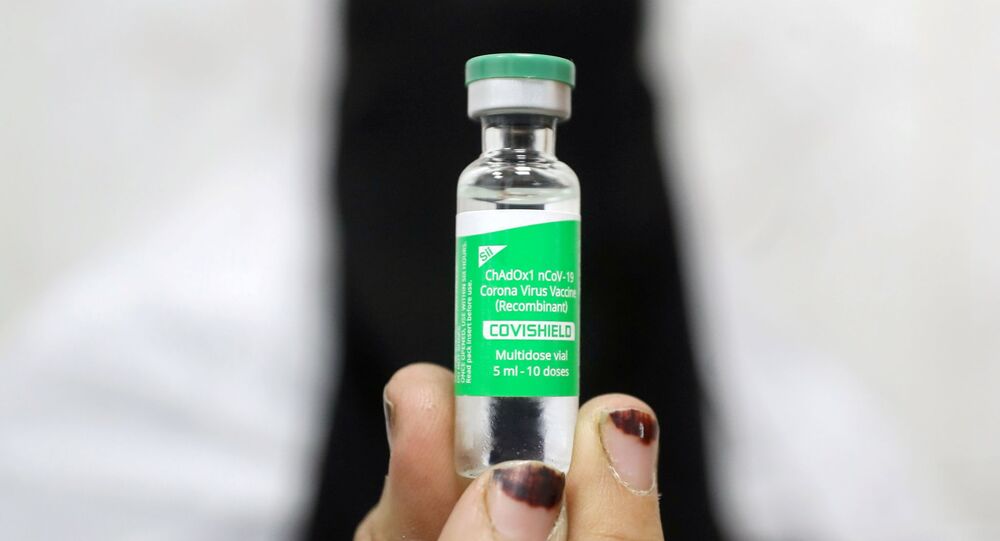 The tourism sector, which constitutes some 15 percent of the nation's income, shrunk significantly in 2020 due to the pandemic that has so far killed nearly 11,000 people in Egypt. But as the North African nation kicks off its mass vaccination drive, some Egyptians are hopeful that the tough times will soon be over.

Egypt's tourism industry will return to pre-pandemic levels by autumn 2022, promised Minister of Tourism Khaled Al-Anani at the end of February, adding the recovery is due to the government's vaccination efforts, investment in archeological sites, and Red Sea resorts.

For Akram Abdel Khalek, a manager of events and special occasions at a five-star hotel in Cairo, that announcement was a ray of hope as the establishment he is working for, and many others across the country, now feel "suffocated" by the pandemic.

"Right now we are in a situation, where most hotels have stopped hosting any events and conferences. The majority of places are working at 50 percent capacity, and people in general try to abstain from public places for fear of contracting the virus. Needless to say, that it all affects our income".

Tourism generated $9.4 billion in 2018-2019, or 2.7 percent of the nation's GDP. The industry constitutes 15 percent of the country's income and one out of every nine jobs is directly or indirectly connected to tourism.

Back then, when more than 13 million tourists visited the North African country, Abdel Khalek says life was good and incomes were stable.

"Of course, it depended on the season. But even on bad days, most rooms were taken and in high season we had no space at all, so that was excellent for our income".

The outbreak of the pandemic in Egypt in February of last year brought that stability to a standstill. In 2020, Egypt only registered 3.5 million visitors, who brought the country $4 billion in revenues. Foreign occupancy in Egyptian hotels plummeted to 15 percent of 2019 levels and thousands lost their jobs.

Over the past year, the Egyptian government has been struggling to come up with fast and efficient solutions, especially as the tourism sector's investment plan shrunk by nearly 29 percent and the government couldn't find enough investors to keep the money pouring in.

"The Egyptian government did its best to tackle the crisis. They briefed us on timelines, gave us instructions, supported us in commercials and advertisements but the pandemic continued to claim its toll everywhere in the world, and Egypt could not escape it either", said the hotel manager.

Yet, the government was trying to keep the sector afloat, implementing a number of adjustments in a bid to revive the country's tourism industry.

The Sinai Peninsula, Egypt's key touristic attraction, has been turned into a green zone able to receive visitors under severe restrictive conditions. Cairo continued to invest money in restorations of archeological sites across the country, and in early 2021 it also announced an extensive assistance plan aimed at coping with the ailing sector.

Together with the United Nations World Tourism Organisation and the European Bank for Reconstruction and Development, Egypt came up with recovery incentive programmes, built required safety and hygiene protocols as well as tailor-made training plans, giving hope to Abdel Khalek and many others like him, who have been praying that the hardships of COVID-19 would soon be over.

"I believe the situation will improve during the month of Ramadan [due to commence on 12 April - ed.]. People will start taking vacations and that will certainly give us a boost", said Abdel Khalek.

What will also improve the situation, believes the manager, is Egypt's vaccination campaign.

At the end of January, it was reported that the Egyptian Republic had started vaccinating medical personnel with the Chinese inoculation Sinopharm. The nation is supposed to receive 40 million doses of the medication, or enough for 20 percent of the country's 100 million people.

And several days ago it was announced that Egypt had expanded its vaccination rollout, extending the inoculation to the elderly and people with chronic diseases.

"The moment people start taking those vaccines, they will be less afraid to resume their lives and life will return to normalcy again, just as it was before the pandemic. I have my faith that it will soon be over, inshallah [God willing - ed.]".