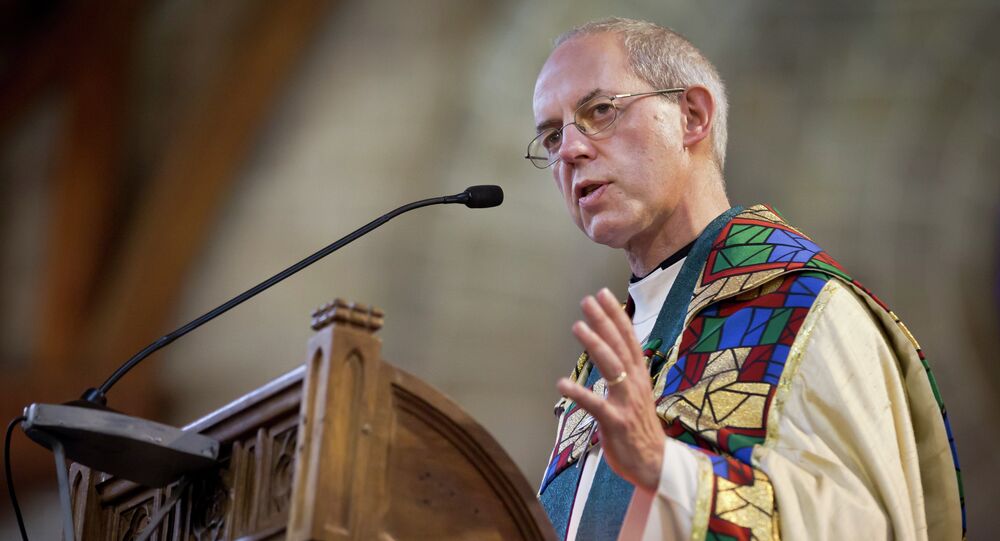 The Nigerian archbishop earlier rebuked members of the conservative Anglican Church in North America for what he called a “subtle capitulation to recognise and promote same-sex relations among its members."

In a rare public condemnation of a fellow Anglican primate, the Archbishop of Canterbury Justin Welby has condemned comments by the archbishop of Nigeria claiming that homosexuality is a “deadly virus” which should be “radically expunged and excised."

Welby, the leader of the global Anglican church, said the comments by Archbishop Henry Ndukuba are "unacceptable and dehumanising."

“I completely disagree with and condemn this language. It is unacceptable. It dehumanises those human beings of whom the statement speaks,” Welby stated.

He also said he made clear to Ndukuba in a private letter that his language was incompatible with the agreed teaching of the Anglican Communion, citing paragraphs from the 1998 Lambeth Conference Resolution I.10. He pointed out that it restated a traditional view of Christian marriage and condemned homophobic actions or words.

© AP Photo / Esteban Felix
Undercover Footage Exposes UK Church Offering 'Gay Conversion Therapy' (VIDEO)
“The Anglican Communion continues to seek to walk together amidst much difference and through many struggles,” he added.

Welby’s criticism was endorsed by senior Church of England colleagues, including Stephen Cottrell, the archbishop of York, and Sarah Mullally, the bishop of London.

Ndukuba’s comments on homosexuality came in response to a January statement on the pastoral care of gay people issued by the Anglican Church in North America (ACNA).

“The deadly ‘virus’ of homosexuality has infiltrated ACNA. This is likened to a yeast that should be urgently and radically expunged and excised lest it affects the whole dough,” the archbishop of Nigeria said.

Previously, the bishop of Rupert’s Land, after consulting with Linda Nicholls, primate of the Anglican Church of Canada, and other members of the Rupert’s Land’s Diocese wrote a letter of concern to Welby, urging him to publicly respond to Ndukuba’s “violent” words, citing concerns for the safety of LGBTTQ+ Anglicans and others.