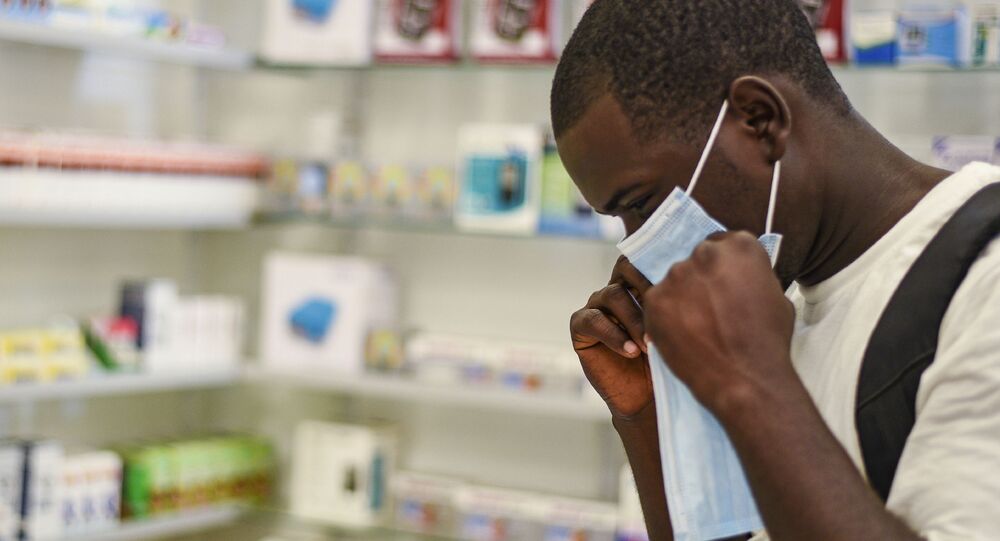 The study's authors were frank in their assessment of the “Africa paradox” of apparent low COVID-19 rates in the densely-populated and poverty-afflicted continent — simply putting it down to a failure to test patients even when they showed symptoms of the disease.

Belief that the COVID-19 pandemic has largely spared Africa may simply be down to gross under-reporting, according to a recent medical study.

The paper, published in the latest edition of the British Medical Journal, found that in almost 20 percent of deaths recorded at one hospital in the Zambian capital Lusaka, the individual tested positive for the deadly virus post-mortem.

A total of 70 — or 19.2 percent — tested positive for COVID-19. An estimated 80 percent of people who die in the city pass through the hospital's mortuary.

"Our findings cast doubt on the assumption that COVID-19 somehow skipped Africa or has not impacted the continent as heavily", Mwananyanda said. "I hope this study will encourage African governments to look closer at the rollout of COVID-19 testing".

Of the 70 who tested positive, 19 had died at the hospital and the rest were "community deaths". Just six of the 19 hospital fatalities and none of those who passed away at home were tested for COVID-19 before they died, despite 84 of the deceased showing symptoms consistent with the viral disease.

"In nearly all cases where we had those data, we found typical symptoms for COVID-19, yet only 6 had been tested before death", Gill said.

Shockingly, seven of the 70 cases, or 10 percent, were in children, compared to the miniscule childhood mortality rate from COVID-19 seen in other countries. Only one of those had an existing medical condition, epilepsy and severe learning difficulties. By comparison, of the six children known to have died of the virus in the UK by August 2020, all had serious co-morbidities.

The fatalities were concentrated in four districts of Lusaka — the Kanyama, Chawama, Emmasdale, and George wards — the city's poorest and most overcrowded areas.

"What this study tells us is that when we looked for COVID-19 in Zambia, we found it — and there are a whole lot of other countries where there's similar lack of testing", said co-author Dr William MacLeod.

Mwananyanda said the Zambian government had welcomed the study. "They're really grateful that we can provide them this data, and they can make informed decisions moving forward with this epidemic", he said.

© REUTERS / POOL
S African Drug Regulator Execs Slam Use of Nation as ‘Guinea Pigs’ for J&J COVID-19 Jab
Since the first case was identified in Zambia in March 2020, the country has officially registered just 79,000 cases and 1,098 deaths among a population of some 17 million.

According to publicly available figures, the entire African continent has seen just over 102,000 deaths from COVID-19 from more than 1.2 billion people — less than the 120,000 death toll for the UK alone, with its 67 million inhabitants, and a fifth of the more than half-a-million in the US.

The authors said the so-called "Africa paradox" of low infection rates in a continent characterised by high population densities, poverty, urban overcrowding, and poor sanitation had been widely discussed but generally put down to a younger population, pre-existing immunity, and prompt lockdown measures imposed by governments.

"We postulate a more mundane explanation for the Africa paradox: insufficient data", they wrote.

Gill stressed the paramount need for widespread testing to target vaccination programmes at the worst-hit areas.

"We will only end the COVID-19 pandemic if we ensure equitable access to a vaccine", he said. "Without the full data picture of the spread of COVID-19 in Africa, it will be impossible to ensure COVID-19 vaccines can get to the people and places that need it most".

Less Than 10% of World’s Population Have Coronavirus Antibodies, WHO Chief Scientist Says