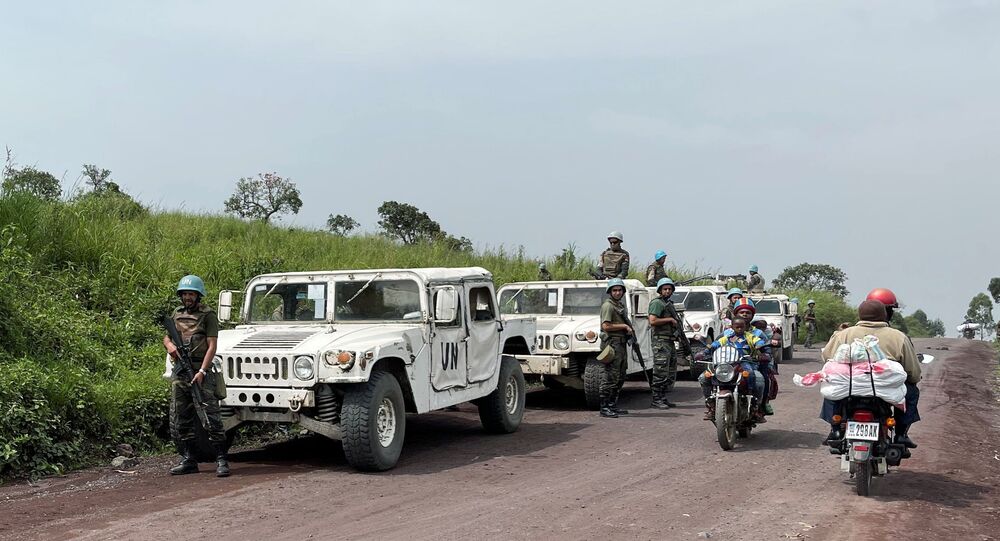 UNITED NATIONS (Sputnik) - UN Secretary-General Antonio Guterres called on the Democratic Republic of the Congo (DRC) to swiftly investigate the attack in which the Italian ambassador to that country and two other people were killed earlier on Monday.

"The Secretary-General calls on the government of the Democratic Republic of the Congo to investigate swiftly this heinous targeting of a United Nations joint field mission and to bring the perpetrators to justice," Dujarric said.

On Monday, Italian Ambassador to the Democratic Republic of the Congo Luca Attanasio has died in a militant attack on a UN convoy.

"The Ministry of Foreign Affairs confirms with great sorrow the death of Italian Ambassador to the Democratic Republic of the Congo Luca Attanasio and a carabineer in Goma today. The ambassador and the carabineer were moving in a vehicle of a convoy of the United Nations Organization Stabilization Mission in the Democratic Republic of the Congo," the Italian Foreign Ministry said in a communique.

The attack took place outside the eastern DRC city of Goma in the North Kivu Province, next to the border with Rwanda and Uganda. Apart from the ambassador, an Italian embassy official, and a WFP driver were killed in the incident, while several other passengers traveling with the delegation were injured.