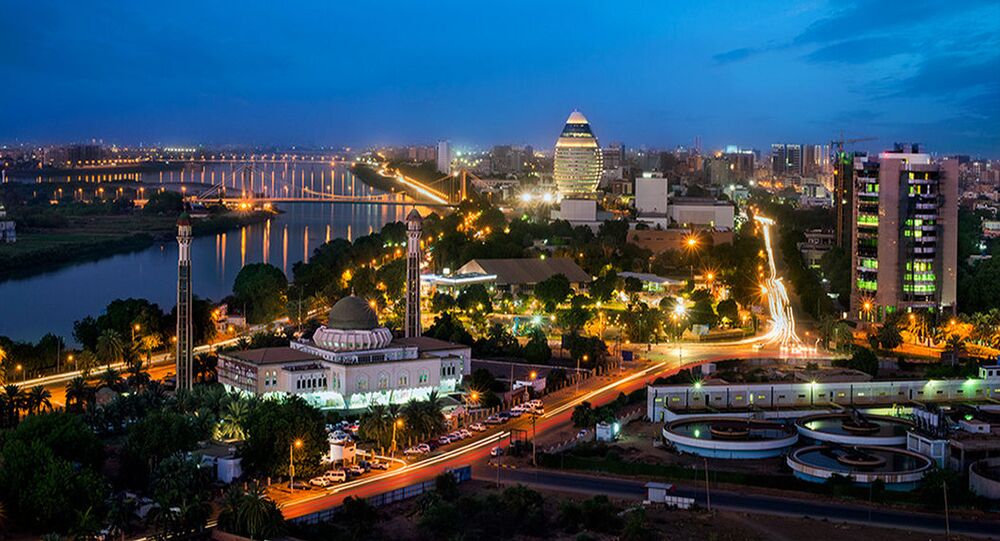 CAIRO (Sputnik) - The Central Bank of Sudan deployed a series of measures on Sunday for the standardisation of the national currency rate in a bid to avert its rapid depreciation.

The Sudanese pound has now dropped to 400:1 against the US dollar.

"The Central Bank of Sudan issued ordinances and regulations for banks and organisations engaged in currency exchange operations, pursuing to implement a reformative approach by the government with regard to the unification of the exchange rate beginning from 21 February 2021", the authority said in a statement, obtained by Sputnik.

The reform entails establishing a single exchange rate across the country, thus, cracking down on the capital concealed within the shadow market, according to the communication.

© AP Photo / Marwan Ali
Protesters gather during a demonstration, in Khartoum, Sudan, Saturday, Dec. 19, 2020. Protests in Sudan’s capital and across the country are demanding a faster pace to democratic reforms, in demonstrations that are marking the two-year anniversary of the uprising that led to the military’s ouster of strongman Omar al-Bashir.

The new regulations ultimately pursue "to normalise the relations with regional and international donors and friendly countries in order to secure subsidies and loans".

Sudan only recently got rehabilitated from a state sponsor of terrorism designation by the United States, which meant the removal of heavy economic sanctions from its banking sector. The tag, which Washington kept on Khartoum since 1993, was removed last December.