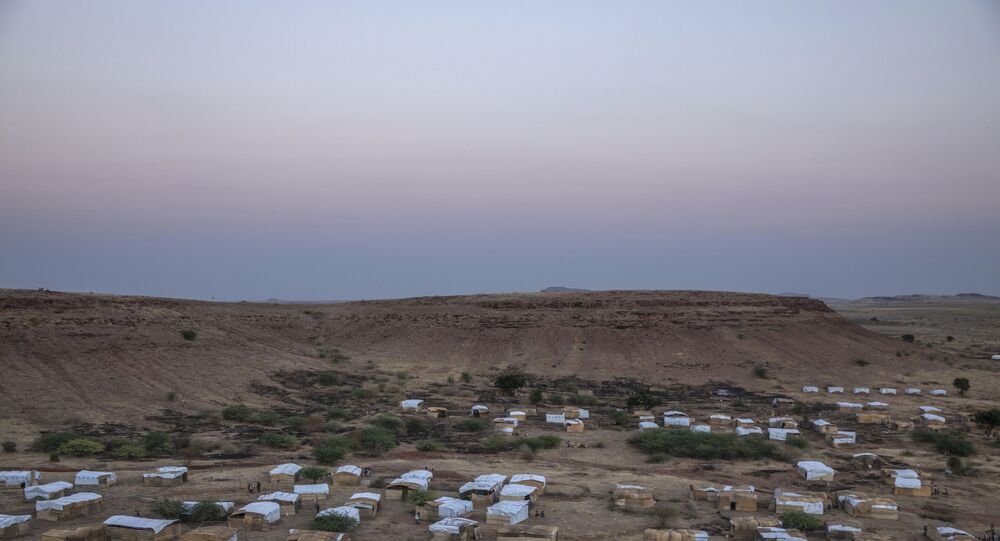 MOSCOW (Sputnik) - US intelligence have accused Iran of being behind terrorist plots against the embassy of the United Arab Emirates (UAE) in Ethiopia, The New York Times reports.

Rear Adm. Heidi K. Berg, director of intelligence at the Pentagon’s Africa Command, said that Iran was behind the 15 people recently arrested in Ethiopia, which said that they were planning a major attack in Addis Adaba, against the UAE embassy there.

Berg said as quoted by The New York Times on Monday that the "mastermind of this foiled plot," Ahmed Ismail, had been arrested in Sweden.

According to the newspaper, US and Israeli officials are accusing Iran of being behind the planned attack on the UAE embassy and believe that Iran has also been gathering intelligence on the US and Israeli embassies in Ethiopia, with the aim of finding "soft targets" in African countries.

In doing so, Tehran could allegedly take "avenge" for the painful deaths of top nuclear scientist Mohsen Fakhrizadeh and top IRGC commander Qasem Soleimani, who was killed in a US targeted attack in Baghdad on January 3, 2020. Iran has denied all allegations.

Fakhrizadeh, one of the key figures behind Iran's nuclear program and the head of the Iranian Defense Ministry's Innovation Center, died as a result of an attack near Tehran on November 27, 2020, with Tehran officials blaming the attack on Israeli spy agency Mossad the attack.

In September last year, the UAE and Bahrain officially reconciled with Israel by signing a US-brokered peace agreement at the White House. The UAE agreed to open an embassy in Tel Aviv, while Israel said it would establish a diplomatic mission in Abu Dhabi.