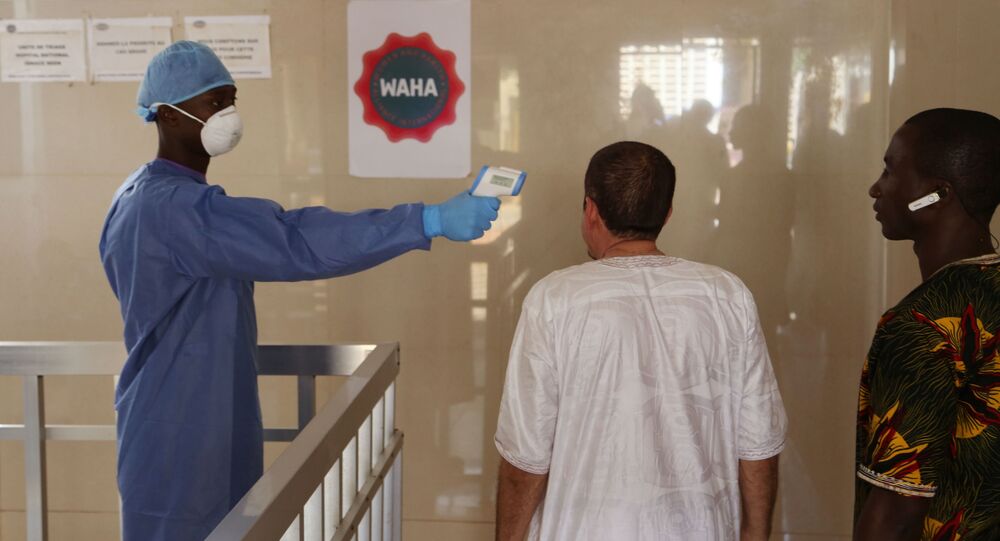 CONAKRY/NAIROBI/GENOA (Sputnik) - The resurgence of the Ebola disease in Guinea requires a fast response that will allow the country to mitigate the negative impact of the epidemic, which is happening against the backdrop of the global COVID-19 health crisis, the IFRC Regional Director for Africa, Mohammed Mukhier said on Monday.

On Sunday, the Guinean government declared an epidemic of the Ebola disease in the southeastern region of Nzerekore pursuant to confirming four related deaths. A network of more than 700 trained Red Cross volunteers has been mobilized to provide an emergency response.

"We need a response that is faster than the virus itself. Unless the response is swift, the health, economic and social impacts are likely to be immense for millions of people in a country with a relatively weak health system, and where more than half of the population lives below the poverty line," Mukhier said.

The International Federation of Red Cross and Red Crescent Societies' (IFRC) official added that, though the resurgence of the disease occurred during the COVID-19 pandemic, the recent medical discoveries would help to contain the new outbreak.

"Time is of the essence. The resurgence of the virus in Guinea comes at the worst possible time when the country is already facing the COVID-19 pandemic. There are reasons for fear, but there are also reasons for hope. While we are extremely concerned, we are also reassured by the lessons we learned from previous outbreaks, and by recent medical advances," Mukhier said.

The Ebola virus is transmitted from human to human via contact with the bodily fluids of an infected person. The World Health Organization estimates it to have a 50 percent fatality rate. More than 11,000 people in Guinea were killed during the worst-ever Ebola outbreak in history between 2014-2016.

In response to the new outbreak, the IFRC and Guinea Red Cross have started to assist the country's communities to prevent the spread of disease. The Red Cross volunteers will provide services such as contact tracing, psychosocial support, water, sanitation and hygiene, and — if needed — safe burials.