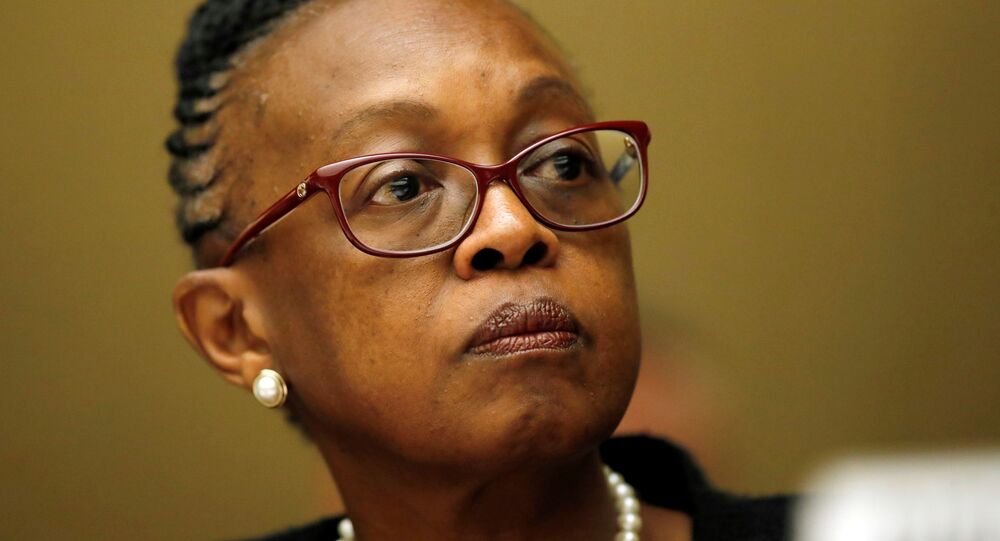 WHO Aware of Three Reported Deaths From Ebola in Guinea

MOSCOW (Sputnik) - The World Health Organization (WHO) is supporting the authorities in Guinea, where at least three deaths from Ebola have been reported.

On Sunday, health authorities in Guinea declared an outbreak of Ebola in the Goueke sub-prefecture, located about 45 kilometers (28 miles) from Nzerekore, the country’s second-largest city. Several Ebola cases have been confirmed in Guinea, for the first time since the previous Ebola outbreak ended in 2016.

"Initial investigations found that a nurse from the local health facility died on the 28 January 2021. Following her burial, six people who attended the funeral reported Ebola-like symptoms and two of them have died, while the other four have been hospitalized," the WHO said in a Sunday statement.

"WHO is supporting the authorities to set up testing, contact-tracing and treatment structures and to bring the overall response to full speed," Dr. Matshidiso Moeti, the WHO Regional Director for Africa, said as quoted in the Sunday release.

According to Moeti, there are four suspected deaths from Ebola in Guinea.

"Very concerned by reports of 4 suspected Ebola deaths in Guinea. @WHO is ramping up readiness & response efforts to this potential resurgence of #Ebola in West Africa, a region which suffered so much from Ebola in 2014," the WHO regional director said on Twitter.

Very concerned by reports of 4 suspected Ebola deaths in Guinea. @WHO is ramping up readiness & response efforts to this potential resurgence of #Ebola in West Africa, a region which suffered so much from Ebola in 2014. pic.twitter.com/9eyMLeZutK

​The WHO has already started supporting Liberia, Sierra Leone and Democratic Republic of Congo authorities that have been on high alert amid reports of emerging new Ebola cases.

Liberia on Alert for Ebola After Neighbouring Guinea Reports Outbreak