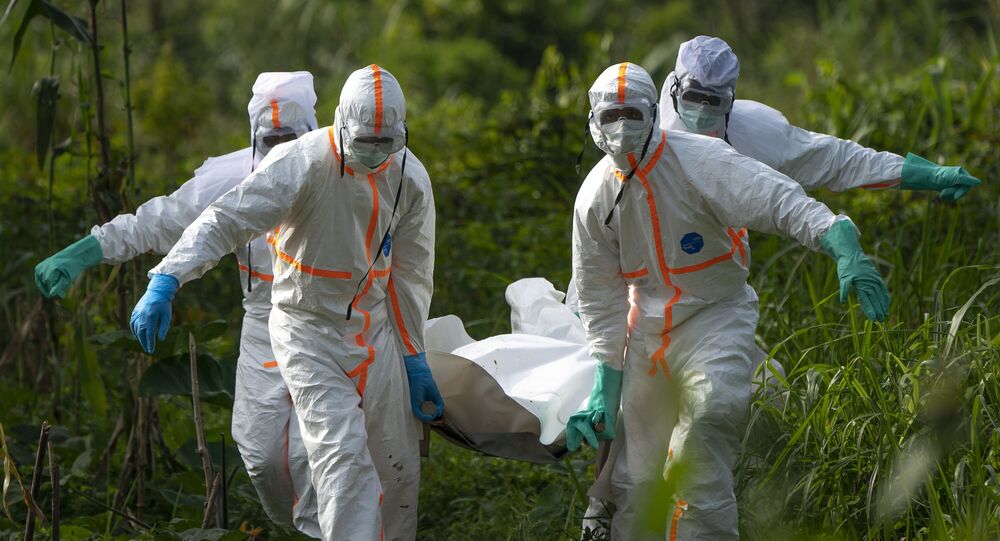 MOSCOW (Sputnik) - At least three people have died from Ebola in Guinea, the first deaths at the hands of the disease the since 2016, Health Minister Col. Remy Lamah said.

"At the moment, there are three patients who are hospitalized at the CTEPI [Treatment Center for Epidemics with Infectious Potential] of Nzerekore [Guinea’s second-largest city], there have already been three cases of death," Lamah told Africa Guinee on Saturday.

According to the health minister, the patients all come from the Goueke sub-prefecture, located about 45 kilometers (28 miles) from Nzerekore.

Lamah said that further analysis needs to be completed in Conakry, Guinea’s capital, to confirm the Ebola cases.

The Africa Times reported on Saturday that there have been four Ebola deaths in Guinea. Meanwhile, World Health Organization (WHO) Director-General Tedros Adhanom Ghebreyesus reported two suspected Ebola cases in the country.

"@WHO has been informed of two suspected cases of Ebola in Guinea-Conakry. Confirmatory testing underway. @WHOAFRO and WHO country office supporting readiness and response efforts," Ghebreyesus wrote on Twitter.

.@WHO has been informed of two suspected cases of Ebola in Guinea-Conakry. Confirmatory testing underway. @WHOAFRO and WHO country office supporting readiness and response efforts.

Earlier this week, WHO sent a rapid response team to the Democratic Republic of Congo to assist authorities in fighting Ebola, as a new case of the virus was reported there as well.