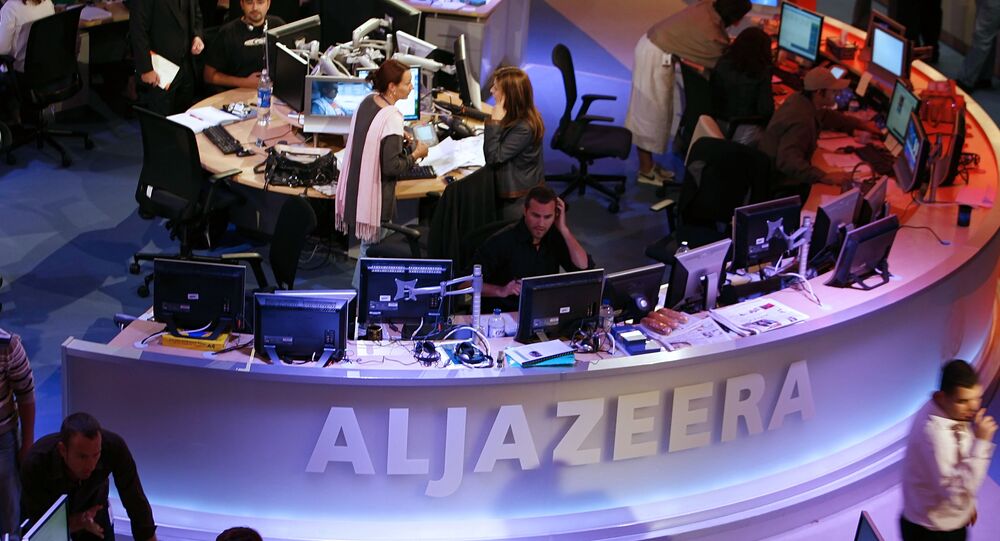 MOSCOW (Sputnik) - Al-Jazeera journalist Mahmoud Hussein was released from an Egyptian jail on Friday after spending more than four years behind bars with no formal charges, the International Federation for Journalists (IFJ) said.

The Egyptian national, who worked in the media headquarters in Qatar, was arrested while on vacation in his homeland in December 2016 and faced accusations of broadcasting “false news with the aim of spreading chaos,” the organization reported.

He was released in May 2019 for just one day before being jailed again under the pretense of another investigation.

“We welcome Mahmoud’s release and his return to his home to be reunited with his family after such a long separation due to his arbitrary detention. Egypt’s record on attacks on journalists and press freedom is shameful and must be condemned by the whole international community without exception,” IFJ General Secretary, Anthony Bellanger, said in a statement, adding that dozens of journalists remain imprisoned in the country.

Al-Jazeera and Hussein’s family has yet to release a formal statement on the matter.

The Qatari media juggernaut was banned in 2013 after the overthrow of President Mohamed Morsi. Qatar outwardly supported the Muslim Brotherhood, and political Islam at large, as a tool in its grapple for influence with its Gulf neighbors. Gulf monarchies traditionally oppose popular Islamic movements and stress the hereditary legitimacy of their dominions.

The release comes a month after Egypt joined Saudi Arabia, Bahrain and the UAE in lifting its three-year blockade on Qatar.