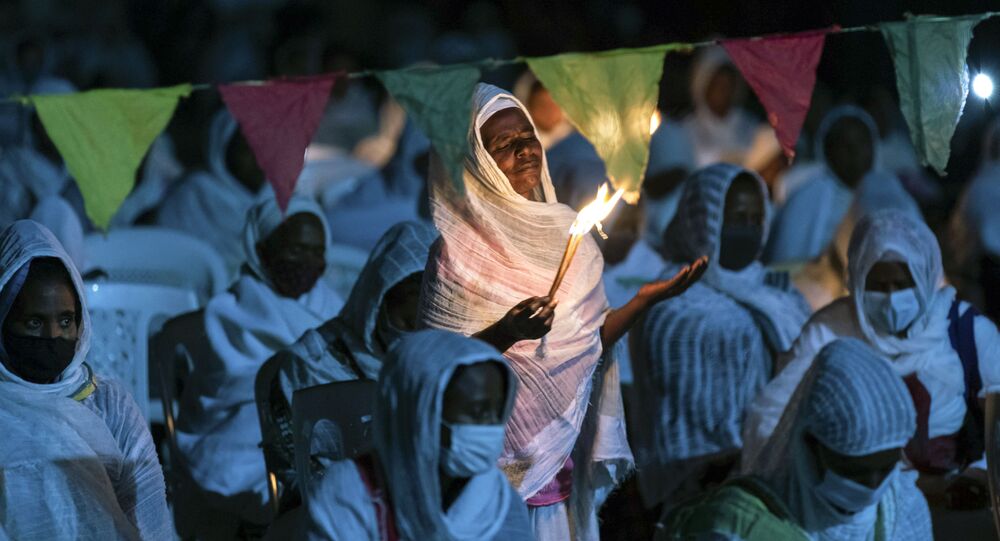 The East African nation has been consistently outperforming regional competitors, securing its status as one of the world’s fastest growing economies.

This year, despite unprecedented pressure that the COVID-19 pandemic put on the global economy, Ethiopia is still on track to attain economic growth of 8.5 percent, according to its Ministry of Finance and Economic Cooperation, as cited by Reuters.

© AP Photo / Francisco Seco
Ethiopian Prime Minister Abiy Ahmed Awarded the 2019 Nobel Peace Prize
Although it falls somewhat short of the country’s average GDP growth of 9.8 percent in the pre-COVID era, the projected growth rate is still one of the highest in the world.

The key behind such resilience is a combination of broad economic reforms that were introduced by current Prime Minister Abiy Ahmed in 2018 with a more recent demonetisation campaign aimed at reducing corruption and financial crime.

Shortly after assuming office, Ahmed announced that he planned to unlock the country’s development potential by launching a comprehensive Homegrown Economic Reform.

At the same time, the new PM sought to optimise the state budget by making the bureaucracy significantly leaner and fiscally responsible.

Even the number of Cabinet ministers was cut from the bloated 28 to 20, easing the burden on Ethiopian taxpayers.

These actions managed to lay the foundations that have ensured uninterrupted growth even in the face of the global pandemic as well as the availability of sufficient funds for public services.

In fact, the 2020/2021 budget envisages the most ambitious public spending scheme yet, with an overall increase of 6.8 percent in comparison to the previous year.

© AP Photo / Mulugeta Ayene
'To Infinity and Beyond!' Ethiopia Launches Its First Satellite Into Space With China's Aid
Remarkably, this public expenditure of 476 billion birr ($13.84 billion), directed primarily at infrastructure projects, irrigation, education, and health, will not jeopardise the economy in the long run.

For instance, according to Cepheus Growth Capital’s estimates, even with this spending spree Ethiopia will still possess the lowest post-COVID budget deficit relative to GDP amongst the 10 largest African economies.

The centrepiece of these efforts was a broad demonetisation campaign, which Ahmed’s government rolled out earlier last year.

The plan envisages the introduction of new banknotes with enhanced security features as well as increasing the number of Ethiopians who use transparent financial mechanisms.

The latter is achieved by the government offering bank accounts to Ethiopians in exchange for the outdated bills.

According to the prime minister, the drive to demonetise the national currency will considerably decrease counterfeiting, corruption, and hoarding, stimulating the economy.

So far, the campaign has proved to be highly effective in pulling Ethiopians into the financial system, as over 1.3 million citizens, who had previously not had access to bank accounts, have participated in the programme.