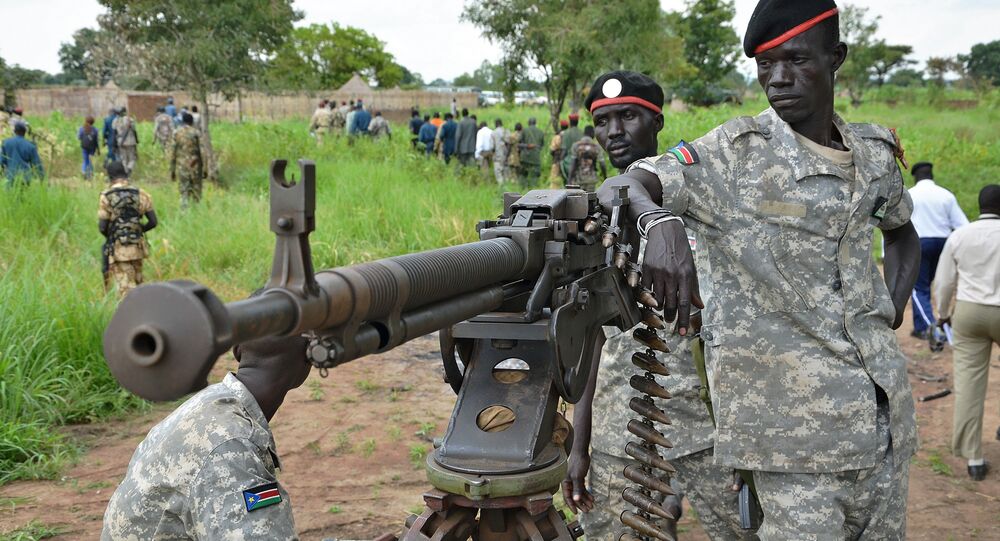 KHARTOUM (Sputnik) – The chairman of Sudan's Sovereign Transitional Council and the commander-in-chief of the country's armed forces, Abdel Fattah al-Burhan, on Wednesday conducted an inspection of the troops deployed in the eastern areas bordering Ethiopia following the recent escalation between the two African nations.

Earlier in the day, the Sudanese Ministry of Foreign Affairs said that an Ethiopian military aircraft violated the country's airspace and warned its neighbor of "possible disastrous consequences" in the border region. Khartoum condemned the incident and called on Addis Ababa to not repeat such hostile actions in the future, as they may undermine the bilateral relations of the two countries and destabilize the Horn of Africa region.

"Lt. Gen. al-Burhan carried out an inspection of the Sudanese military forces in the area of Jabal at-Tuyur adjacent to the Ethiopian border," a local military source told Sputnik.

During his trip to the country's eastern region, al-Burhan will visit families of the civilian victims killed as a result of a raid by Ethiopia's military on the border areas, the source added.

Prior to that, on Tuesday, Khartoum said that the armed Ethiopian groups had attacked a number of Sudanese villages located near the border. The attack resulted in the death of five women and a child, and two more women went missing, according to the foreign ministry.

Tensions between the two countries escalated in recent months. In December, four Sudanese soldiers were killed and a dozen more got injured in a fight with Ethiopian militias along the border. Khartoum claims that the Ethiopian military supports militias, a claim denied by Addis Ababa. Meanwhile, Ethiopia accuses Sudan of "encroaching" on its borders.