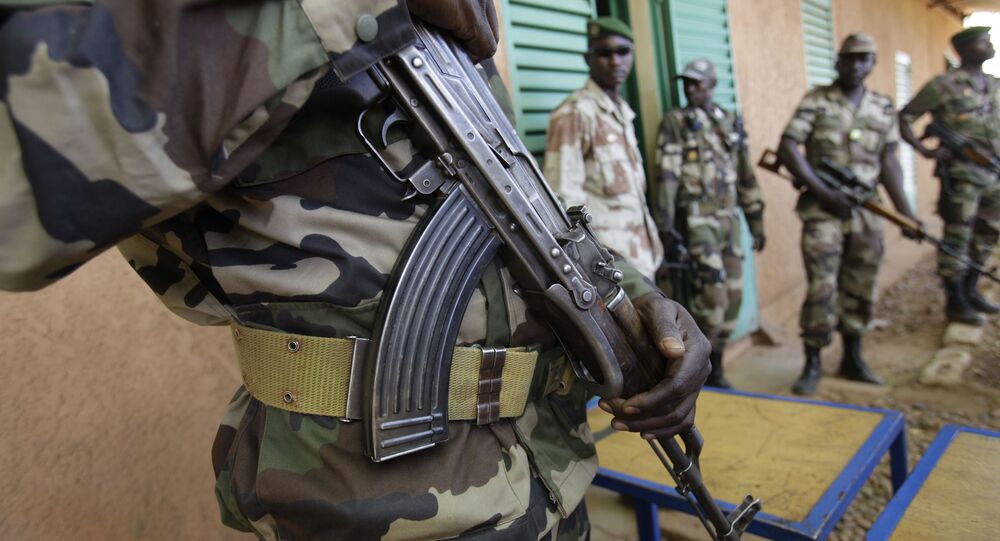 At Least 100 Killed in Attack on Local Villages in Western Niger, Mayor Says

The most recent attack in the terrorism-stricken country occurred in mid-December, when 28 were killed and hundreds injured, with the Boko Haram claiming responsibility for the atrocity.

At least 100 civilians were killed and others wounded on Saturday by attackers in the Nigerien villages of Tchombangou and Zaroumdareye in the western Tillabery region in Niger, a stone's throw from the border with Mali, Almou Hassane, the mayor of the Tondikiwindi commune that administers both villages confirmed. The attacks were waged by "terrorists who came riding about a hundred motorcycles", the top official commented on the latest attack to rock the landlocked Sahel nation's embattled western Tillaberi land.

The attack occurred on the day of the announcement of the preliminary results of the first round of the presidential election in Niger, which saw former Foreign Minister Mohamed Bazoum leading.

Niger Republic conducted its presidential election yesterday. Boko Haram had warned four towns in the Diffa Region bordering Nigeria to not participate in the election. When officials arrived with election materials, residents begged them to leave so as not put them in trouble.

Earlier reports by Radio France Internationale (RFI) had it that "jihadists" on Saturday had attacked the said villages, leaving at least 56 civilians killed and around 20 injured.

Niger, which has in recent time been engulfed in a war with the terrorist group Boko Haram*, saw its most recent attack on 12 December in the town of Toumour, where at least 28 people were killed and hundreds more injured, according to the UN Refugee Agency.

The UN vehemently denounced the act, with the UNRA saying that the Diffa region in southeast Niger "has been hit hard by increasing extremist violence in the Lake Chad basin that has forced hundreds of thousands into the region".

"In the first nine months of this year, over 450 acts of killing, kidnapping, sexual and gender-based violence, and other serious incidents were reported", the agency detailed the statistics.