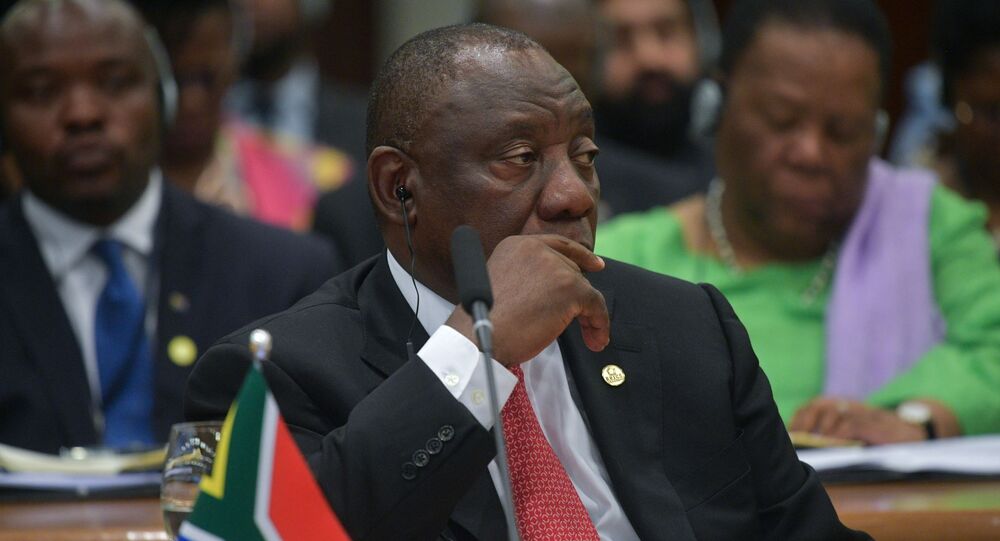 South Africa, a member of the BRICS bloc of leading developing nations including Russia and China, is relying solely on the COVAX syndicate for supply of its vaccines rather than buying directly from producers in both east and west.

South Africa may not receive supplies of COVID-19 vaccines until June despite paying hundreds of millions up front.

The African National Congress (ANC) government's failure to deliver vaccines in sub-Saharan Africa's wealthiest yet hardest-hit nation drew criticism from a group of leading doctors and academics on Sunday, including members of the SA Medical Research Council.

The government made a 327 million rand ($22 million) payment to COVAX — an initiative to buy an distribute vaccines to poorer nations, funded by Microsoft founder and world's richest man Bill Gates — just before Christmas, as a 15 per cent down payment on a 2.18 billion rand ($149 million) fee for supplying vaccines.

But the group argued a wealthy nation like South Africa should not have to rely on COVAX.

“It beggars belief that South Africa, against all reasonable expectations, finds itself in this group, since it is not a poor country,” they wrote for the Daily Maverick website.

“The stunning reality is that it has neither a secured vaccine supply nor a plan for mass inoculation in the foreseeable future that can withstand scrutiny", the signatories charged. "This portends for this country the worst ravages of Covid-19 in the year ahead.”

And they dismissed claims by officials that early negotiations with producers might have obliged the government to buy ineffective vaccines.

"Public acknowledgement by officials that they didn’t think it prudent to begin bilateral negotiations with vaccine suppliers, because they could not ‘take the risk’ of ordering vaccines in the event that they would not work, is shockingly disingenuous," they wrote. "An Advanced Market Commitment does not require upfront payment for the vaccine and commits the buyer to purchase vaccine only when it becomes available, at an agreed price and quantity."

President Cyril Ramaphosa admitted on Tuesday that COVAX would not be able to deliver until the "second quarter" of the year — anywhere between April and June — even while Russia, the UK, the US, Canada and the 27 European Union nations have already begun mass inoculation campaigns with several different vaccines.

"We are part of the first group of countries that will receive an allocation of vaccines from Covax," Ramaphosa said. "We have been advised that we should expect the vaccines in the second quarter of 2021."

“We have not delayed the procurement at all. We took a decision at the time we will go to Covax facility because Covax was purchasing vaccine from multiple vaccine producers, rather than taking the risk and going with one vaccine supplier,” Pillay insisted.

Neither Ramaphosa nor Pillay revealed which brands of vaccine COVAX would supply. The South African Health Products Regulatory Authority (SAHPRA) has yet to approve any candidate vaccines against COVID-19 — even those now in widespread use in other countries. But the World Health Organisation (WHO) approved the Pfizer BioNTech vaccine for "emergency" use worldwide on December 31.

While a December press release from SAHPRA stated the organisation was relying on "work done by other regulators", CEO Dr Boitumelo Semete-Makokotlela indicated it was proceeding slowly out of concern for the "quality, safety and efficacy" of those products.

In a separate Daily Maverick article, columnist Dave Martin urged the government to make use of its membership of the BRICS bloc of leading developing nations to acquire Sinopharm’s Sinovac jab.

"There is no logical reason our vulnerable people should have to stand at the back of the line," Martin wrote. "We have the money to buy vaccines – they are not expensive."

© Sputnik / Georgy Zimarev
Deliveries of Russian Vaccine Sputnik V to US, EU Will Be Limited Due to Politics, RDIF Head Says
Russia is supplying fellow BRICS member Brazil with its Sputnik V vaccine, while India is producing the British AstrraZeneca jab under license.

South Africa has suffered more from the coronavirus pandemic than any other African nation per head of capita, with almost 29,000 deaths in the last year, despite being one of the wealthiest and developed countries on the continent.

COVAX was set up in 2020 by Gavi, an organisation founded in 1999 with $750 million from Gates through his charitable foundation. Gavi's funding from the Bill and Melinda Gates Foundation has exceeded £4 billion since then.

Gavi, which "partners" with the WHO, UNICEF and the World Bank, claims to have "helped" vaccinate more than 800 million children in developing nations since 1999.

COVAX Managing Director Aurélia Nguyen worked for British pharmaceutical firm GlaxoSmithKline (GSK) until 2011. GSK and French firm SanofiPasteur are also in the race to develop a coronavirus vaccine, but their formulation is only just entering Phase 2 of clinical trials, according to the WHO.

The stated goal of COVAX is to ensure vaccines are distributed "fairly and equitably" to all 187 countries in the programme, insisting healthcare workers should be prioritised for immunisation before others.

She claimed there would be a "very constrained environment in terms of supply." But the WHO summary shows up to 16 vaccines currently in Phase 3 trials, considered far enough advanced for "emergency" use in the UK, US and EU.

"As our government continues on the quest to solicit the best vaccine suitable for our conditions, the SACP calls upon strict measures to ensure quality control on all phases of acquiring the vaccine, based solely on scientific reasoning," spokesman Alex Mashilo said.

But ANC-allied trade union federation Cosatu condemned the government's "lethargy" in vaccinating essential workers, the elderly and those with medical conditions that put them at risk from the virus.

"We cannot afford to allow South Africans to die because of state lethargy," spokesman Sizwe Pamla said. "Government and the private sector need to produce a plan to ensure that all South Africans will be vaccinated."

240 Israelis Test Positive for Coronavirus After Getting Vaccinated