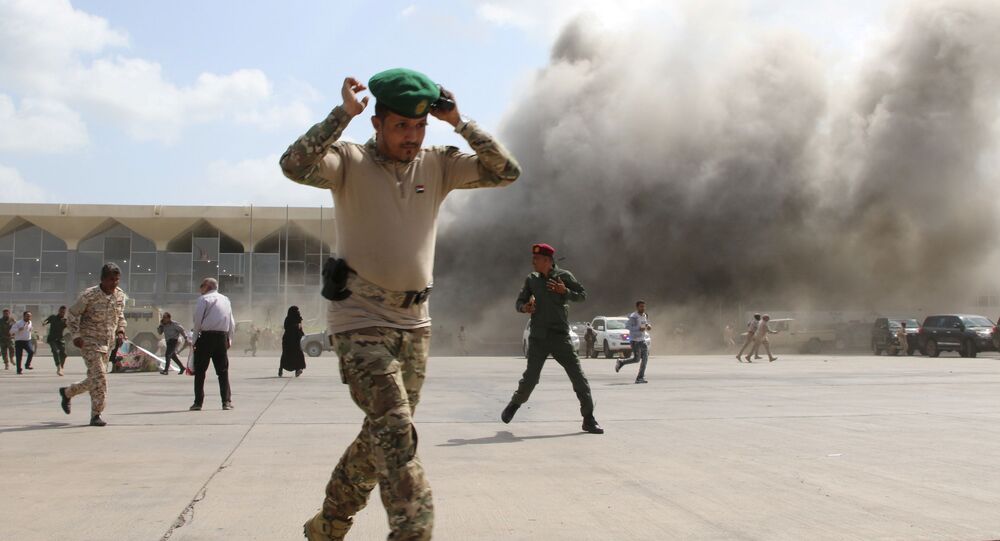 According to the media outlet, the country's Transport Minister Abdel Salam Hamid ordered that the airport be reopened after visiting the site.

Hamid praised the efforts made by the aviation authority and the airport management to repair damage caused by the attack in record time.

On Wednesday, the airport in Aden was attacked as a plane carrying newly sworn-in Yemeni cabinet ministers arrived in the city, which became the temporary capital for the internationally recognized authorities of Yemen after the seizure of Sanaa and the northern parts of the country by the Shia Houthi rebels.

At least 25 people were reportedly killed and 110 others were injured in the incident. Among those killed, there are three employees of the International Committee of the Red Cross. Russia, the United States, the United Nations, the European Union, Egypt and the United Arab Emirates have condemned the deadly attack.