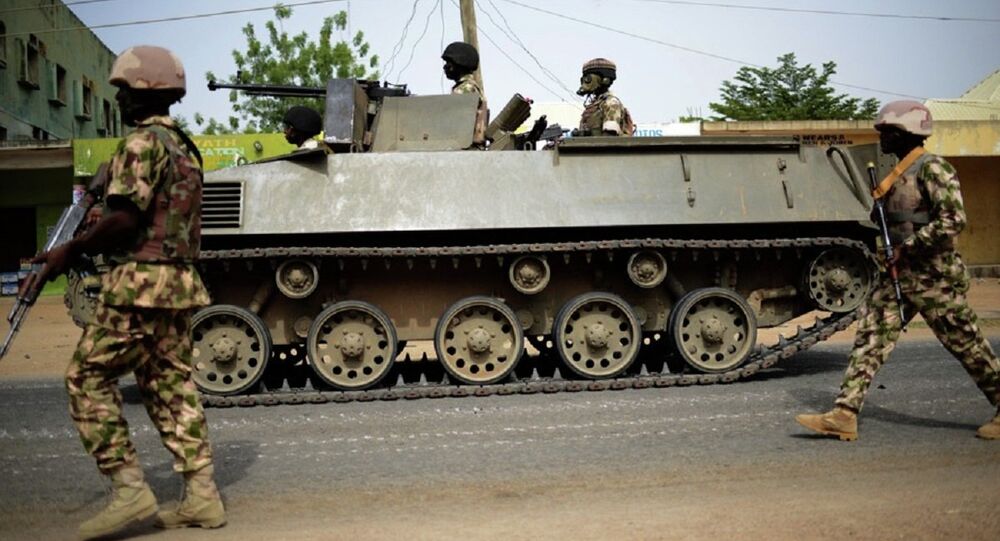 MOSCOW, (Sputnik) - The West African nation of Nigeria has been marred by several terrorist attacks over the weekend resulting in several fatalities, the country's regional officials said.

Two separate assaults were carried out by unidentified gunmen in two communities located in the Benue state in southeastern Nigeria. According to police spokesperson Catherine Anene, cited by the Premium Times news outlet, two groups of armed men killed a family of three late on Saturday and two people early on Sunday.

Anene specified that five suspects have been detained, while an inquiry is underway.

"About four communities, comprising Tashan Alade, Shafa, Azare, Sabon-Kasuwa, and Debro, were affected by Saturday’s attack with schools, shops and places of worship destroyed by the insurgents. Three persons were killed in Shafa, among them two hunters and a civilian," Gusau wrote on Facebook late on Sunday.

He added that the regional government has ordered for the reconstruction of all destroyed property and deployed law enforcement forces to boost security in the area.

Notably, Boko Haram is infamous for numerous attacks and abductions in the western African region. Nigeria, along with Niger, Cameroon, and Chad, are engaged in military operations combating the militants.