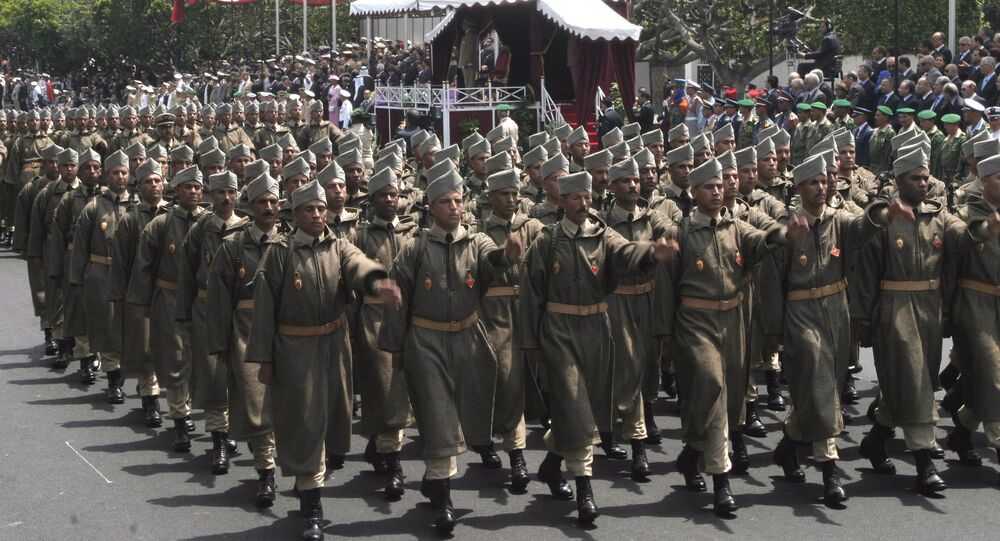 The day before, the two nations’ leaders had met to discuss enhanced military cooperation as Morocco faces a renewed challenge to its territorial claims over Western Sahara. However, Mauritania has long recognized the indigenous Polisario’s Front’s claim on the land.

According to a Wednesday statement by the Mauritanian National Army, some of its troops came under fire on Tuesday night as they approached a defensive position occupied by the Royal Moroccan Armed Forces. The Mauritanian troops had been chasing a group of smugglers north of the village of Inal, a town near the Mauritania-Western Sahara border about 125 miles east of Guerguerat.

The two forces established communication, and the incident ended before anyone on either side was injured. Morocco has not yet publicly acknowledged the incident.

Ironically, the episode happened just a day after Mauritania and Morocco held a joint military commission in Nouakchott.

According to a Mauritanian news release, the meeting “dealt with the existing cooperation relations between the armies of the two brotherly countries, especially in the field of defense and security, and the means for their future development.”

Asharq Al-Awsat reported the meeting was provoked by the recent display of force at the Guerguerat border crossing. On November 13, Moroccan troops forcefully dispersed a Saharawi protest encampment that had occupied the road into Mauritania for weeks, Sputnik reported at the time. The protesters were demanding the United Nations add a human rights monitoring component to its mission in Western Sahara, MINURSO, and move toward holding the long-promised independence referendum for Western Sahara.

The territory has been claimed and partially occupied by Morocco since 1975 - claims US President Donald Trump moved to recognize earlier this month in exchange for Rabat’s normalization of relations with Israel. Mauritania also briefly claimed the southern half of Western Sahara, but signed a peace treaty with the newly declared Sahrawi Arab Democratic Republic in 1979 and pulled out of the country.

The violent dispersal prompted the Saharawi Polisario Front to declare the 29-year peace deal with Morocco to be void, and the Saharawi Army moved to begin new military operations against the massive sand wall built by Morocco to isolate Polisario in the country’s east.