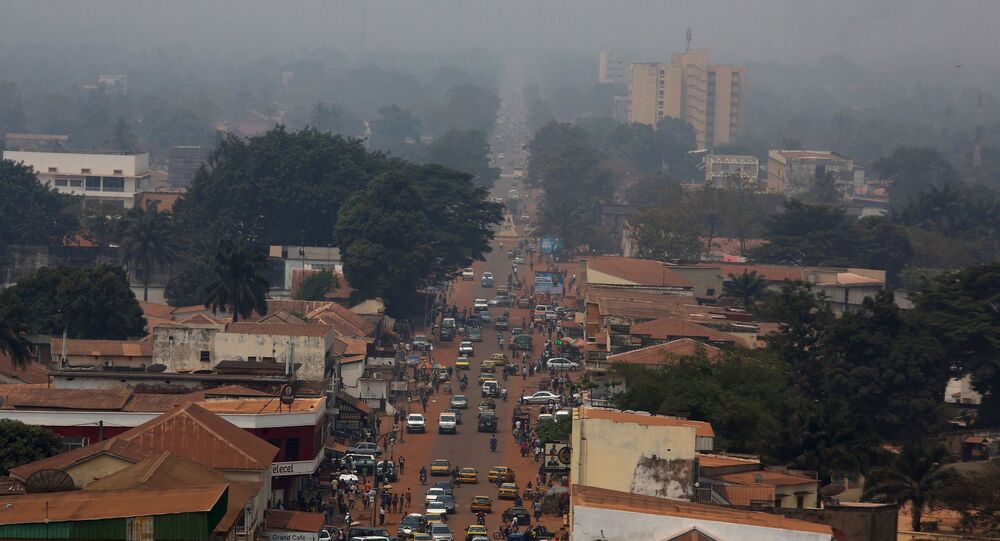 "To help Bangui with boosting the defence capabilities of the Central African Republic, Russia has quickly responded to the request of the leadership of the country and sent additionally 300 instructors to train the national army's troops", the ministry said.

On Monday, Rwanda deployed troops to the CAR under a bilateral defenсe treaty and in response to attacks against Rwandan peacekeepers within MINUSCA. The Rwandan military was also tasked with preventing any disruptions to the upcoming election.

Some media reported that Russia, too, deployed troops to the CAR, but Titorenko refuted this in a comment to Sputnik. According to the Russian ambassador, the Russian presence in the CAR is limited to five Defenсe Ministry employees, army instructors who had arrived at the request of the CAR government, and 14 peacekeepers within MINUSCA.

Protests have been boiling in the Central African Republic (CAR) as the country prepares for presidential and parliamentary elections this coming Sunday, with the authorities blaming the unrest on ex-President Francois Bozize, who was denied the right to run in the vote.

The CAR is a landlocked, underpopulated country in the very heart of the African continent, neighbouring Cameroon, Chad, Congo, the Democratic Republic of the Congo (DRC), South Sudan and Sudan. After proclaiming independence from France in 1960, the country experienced several coups and eventually plunged into a civil war in the early 2000, which resulted in Bozize coming to power in 2003.