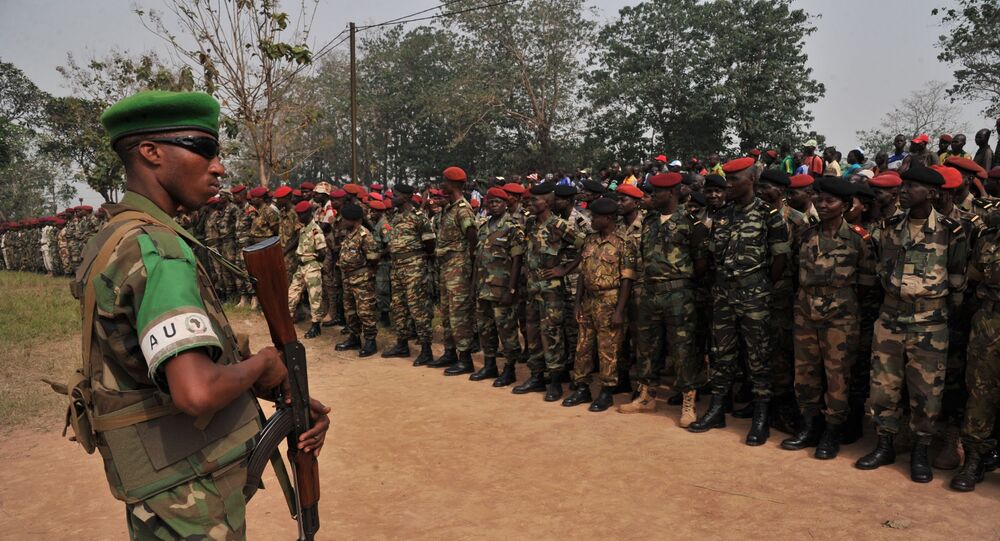 MOSCOW (Sputnik) - Rwanda has deployed military forces to the Central African Republic (CAR) where the authorities accused former President Francois Bozize of planning to conduct a military coup on the eve of the country's general elections with the help of armed rebel groups.

"The Government of Rwanda has deployed force protection troops to the Central African Republic, under an existing bilateral agreement on defence. The deployment is in response to the targeting of the Rwanda Defence Force (RDF) contingent under the UN Peacekeeping force by rebels supported by François Bozize," the ministry said in statement published late on Sunday.

The statement said that Rwanda's forces would carry on its efforts to ensure "peaceful and secure general elections," as the country is one of the top 10 troop-contributing states participating in CAR peacekeeping efforts within the framework of a multidimensional United Nations peacekeeping operation called MINUSCA since 2014. The other MINUSCA member states are: Pakistan, Burundi, Egypt, Bangladesh, Zambia, Cameroon, Morocco, Mauritania, and Gabon.

Last week, the CAR authorities accused Bozize, who served as the country's head of state from 2003-2013 and was overthrown in a military uprising, of plotting a coup d'etat amid the escalation of internal tensions ahead of the national elections scheduled for 27 December. The authorities were alerted by the coalition created by rebel groups to thwart the voting. Bozize, however, denied accusations of being privy to the groups actions. The politician's candidacy for the upcoming presidential election has already been rejected by the country's top court, as he has been under an international arrest warrant since 2013.

The CAR has labored under a drawn-out struggle since a coup in 2013. Much of the fighting in recent years has been between Muslim-majority Seleka and Christian Anti-Balaka militias.