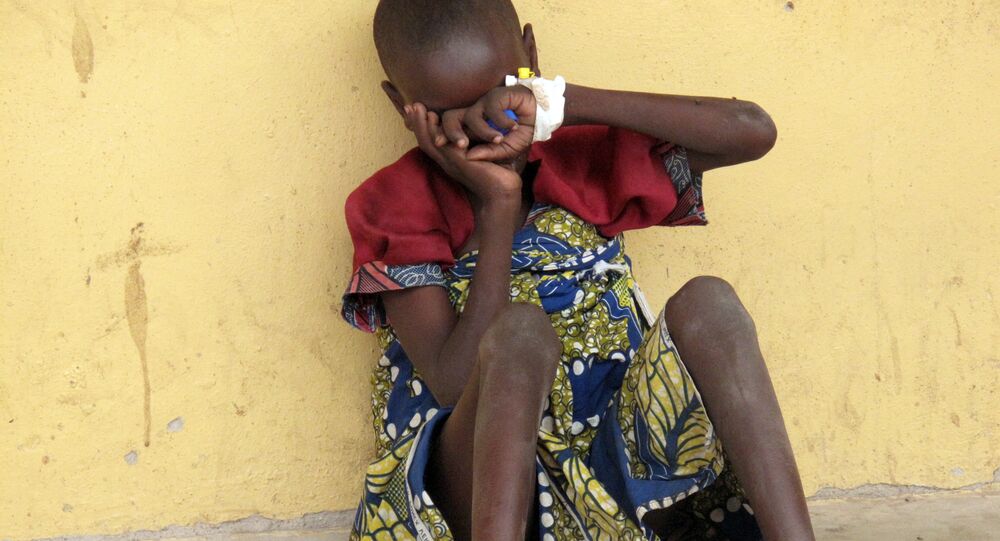 Boko Haram is a jihadist, terrorist organization based in northeastern Nigeria. The group, founded in 2002 by Mohammed Yusuf, is also active in Chad, Niger and northern Cameroon and is responsible for killing tens of thousands of people and displacing more than 2 million from their homes, according to the Associated Press.

Boko Haram* on Tuesday claimed responsibility for abducting more than 300 boys from a secondary school in northwest Nigeria. The group said it kidnapped the students from an all-boys boarding school in Katsina to punish them for “un-Islamic practices,” marking one of the largest mass kidnappings of children in history, according to the Wall Street Journal. However, the exact number of missing students remains unclear, according to AFP.

The terrorist organization took responsibility for the kidnappings in an audio message released Tuesday. The authenticity of the audio clip, which features a voice that appears to be that of Boko Haram leader Abubakar Shekau, has yet to be verified.

"I am Abubakar Shekau and our brothers are behind the kidnapping in Katsina," states the voice in the recording, which was obtained by AFP. "We carried out the Katsina attack for the religion of Allah to be supreme and to debase unbelief, because Western education is not Islamic and what is taught is not sanctioned by Allah and the Prophet”.

One of the students who escaped, 17-year-old Usama Male, revealed that the abduction started just after 10 p.m. on Friday after dozens of men began shooting Kalashnikov rifles into the air on the school campus before ordering the students to go deep into the forest.

“They said they would kill whoever tried to flee, but I positioned myself near the back and waited for a chance to run,” Male said, according to the Wall Street Journal. “Hundreds of my fellow pupils are still in captivity somewhere in the forest.”

Local authorities on Monday said that the abductors have “made contacts with the government,” reported AFP.

“Talks are ongoing to ensure their safety and return to their respective families,” Aminu Bello Masari, the governor of Katsina State, tweeted Monday.

​“The security agencies deployed for rescue operations have also informed us that they have located their position,” Masari added.

The kidnapping is unusual because it took place outside of Boko Haram’s typical area of activity in the northeast part of Nigeria.

On Tuesday, an unidentified spokesperson for the US State Department told Reuters that the US condemned the abduction “in the strongest terms” and had launched an investigation into Boko Haram’s claim of responsibility.

This is not the first time that Boko Haram has claimed responsibility for a kidnapping. In 2014, the terrorist organization abducted 276 mostly Christian female students from a secondary school in the town of Chibok in Borno State, Nigeria. In February 2018, the Wall Street Journal reported that 112 of the girls were still missing, with 13 presumed dead.

*Boko Haram is a terrorist group banned in Russia and many other countries.