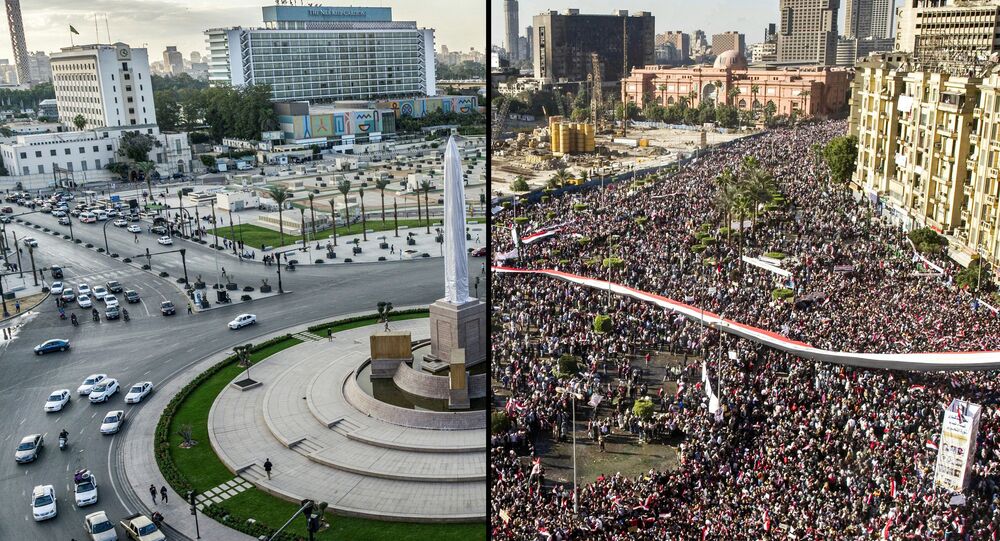 The Tunisian revolution that ignited the Middle East didn't reach its goals, believes a journalist who took an active part in those protests. Now he warns the situation is still fragile and might spiral out of control if reforms are not implemented.

Zied El-Heni, a Tunisian journalist, will never forget that day in December, when Mohamed Bouazizi, a local street vendor who was repeatedly harassed by the police set himself on fire, sparking mass demonstrations across the country which paved the way for a phenomenon that would later be known as the Arab Spring.

Back then, El-Heni was working as an editor for Al-Sahafa, one of Tunisia's government newspapers, but, as with other news outlets, his company was barred from reporting on what was really going on.

However, he found a way. "At that time, I was a leading member of the executive office of the National Syndicate of Tunisian Journalists and a freelance blogger, and that gave me a lot of opportunities to report on the events," he recalls.

Down with the Regime

And the thing is that there was an abundance of those events to report on. Bouazizi's self-immolation sparked protests in the remote Sidi Bouzid governorate in central Tunisia, but soon enough, those mass demonstrations spread throughout the rest of the country, with people taking to the streets to demand jobs, better living conditions, and freedom.

The government was reluctant to concede, something that only ignited bigger protests and clashes with the security forces.

El-Heni was there to report on the situation, publishing detailed articles on his blog and staging protests against the government measures and decision to bar journalists from doing their job of reporting the truth.

In mid-January, together with other journalists, who were equally frustrated with the situation, El-Heni led a general strike and continued to participate in mass demonstrations that called on then-president Zine El Abidine Ben Ali to relinquish power, a demand that came to fruition on 14 January, when he finally decided to step down, fleeing to Saudi Arabia with his family.

That resignation gave a ray of hope to the masses. The interim government that took office shortly after his decision to leave expressed its intention to move toward reforms; it recognised new political parties and dissolved the one that was loyal to the former president.

But progress was hampered after the 2011 parliamentary elections, when Ennahda, an Islamist party that secured 90 out of the 217 seats in the country's parliament, formed a government together with two secular parties.

From that point on, the country has seen multiple protests in favour and against a more conservative religious government. A year later, tensions mounted again following the assassination of two secular politicians, with some protesters pinning the blame for their murder on Ennahda and their loyalists.

Seculars used the momentum to square the accounts with Islamists at the polling stations and in yet another parliamentarian vote, they secured more seats. But even though their gains were relatively impressive, the government failed to address the burning issues that the revolution was determined to raise.

"It is true that the revolution ousted Ben Ali, but it did not achieve its goals. Even its only gain, which was freedom, often turned into anarchy that revealed the true and profound diseases of our society," explains the journalist.

However, these were not post-revolution Tunisia's only problems. These have only worsened with time.

© REUTERS / Zoubeir Souissi
Arab Spring, 7 Years On: Tunisia Engulfed by Protests on Revolt Anniversary (VIDEO)
Real GDP growth slowed to 1.5 percent in 2019, following two years of rebounds. General unemployment now exceeds 15 percent, whereas rates among the younger generation peaked at 34 percent in the same year. Poverty has also become an issue: 28.4 percent of the nation lives in poverty, significantly in excess of the 20.5 percent rate recorded in 2010.

The new governments that came and went after the revolution also struggled to handle the security issue. Hundreds of Tunisians left the country to join the fighters of Daesh in Iraq and Syria. Some of them came back, posing a threat to Tunisia's stability.

"This is the reason why many Tunisians are now nostalgic for the era of President Ben Ali, especially now, when the economic situation has deteriorated following the ongoing corruption, reliance on foreign aid, the raging coronavirus and the acute situation in Libya that impacts our economy."

Nevertheless, despite the difficult situation, El-Heni still hopes that Tunisia will sooner or later see better days and will pave its way for democracy.

"Right now the country is not ready for democracy and it will take us some time until we regain the prestige that we enjoyed in the past. But for us to get there, we need to complete the building of the suspended constitutional institutions and hold elections on the basis of our new law. If these changes are not implemented, Tunisia is likely to see more war and the collapse of the state."