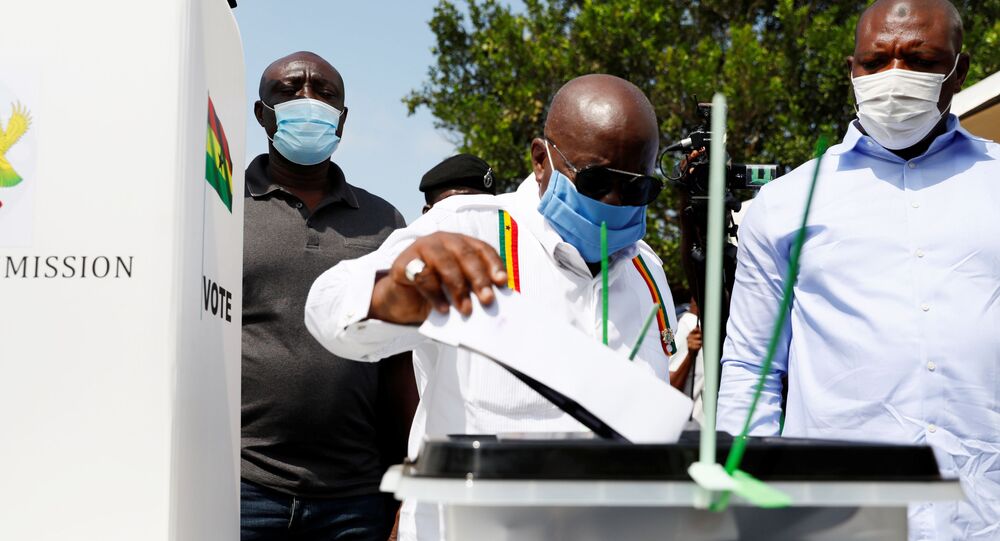 The 76-year-old incumbent leader received 51.2 percent of the vote on Monday, while his main rival, former president John Mahama, got less than 48 percent.

Parliamentary elections were held on the same day as the presidential vote, but their results are yet to be announced.

In the 2016 presidential election, Akufo-Addo was also up against Mahama, and the NPP candidate won with 53.7 percent of the vote. Mahama was the president of Ghana between 2012-2016.

The political tensions triggered post-election violence between supporters of the main candidates that has killed at least five people and injured 17 more.

Despite the COVID-19 pandemic, the turnout was high, as over 13 million people, or nearly 80 percent of the registered voters, participated in the election.