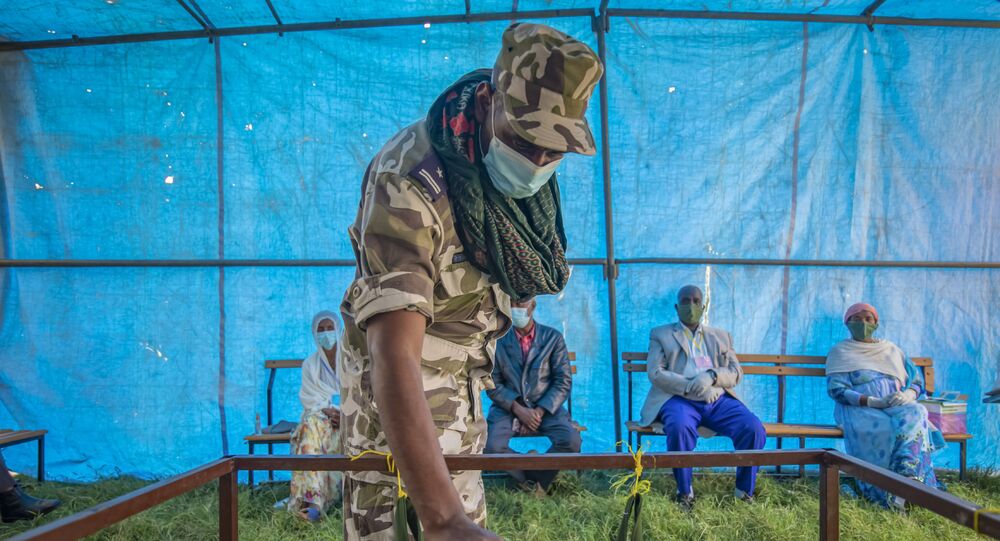 MOSCOW, (Sputnik) - The situation in Ethiopia is exceedingly worrying and volatile, UN High Commissioner for Human Rights Michelle Bachelet said on Wednesday, commenting on the ongoing hostilities in the northernmost Ethiopian region of Tigray.

In November, the federal government accused the Tigray People's Liberation Front, the ruling party of the province, of attacking a local military base and launched a security operation against it. Later in the month, the government claimed to have captured the region's capital, Mekele.

"The situation in Ethiopia is exceedingly worrying and volatile and – as I had warned – is spiraling out of control, with appalling impact on civilian," Bachelet said at a press conference in Geneva.

Bachelet said that despite the government's claims to the contrary, the fighting in the Tigray region was continuing, particularly in areas surrounding Mekele, Sherero, Axum, and Abiy Addi towns.

The UN human rights chief said that there were reports of human rights violations, including indiscriminate attacks against civilians and sexual violence against women and girls, adding that there was an urgent need for independent monitoring of the human rights situation in the Tigray region.

Last week, the Ethiopian government and the United Nations struck a deal to open Tigray for relief supplies for refugees displaced by recent fighting. On Tuesday, UN spokesman Stephane Dujarric said that there were reports of a UN convoy being shot at in Tigray province. Reports from Ethiopia suggest that the UN convoy ventured into a restricted area and was warned not to proceed before being fired at.

The month-long fighting in Tigray has forced at least 1 million people to flee their homes, many to areas bordering the province and others into neighboring Sudan, according to media reports.