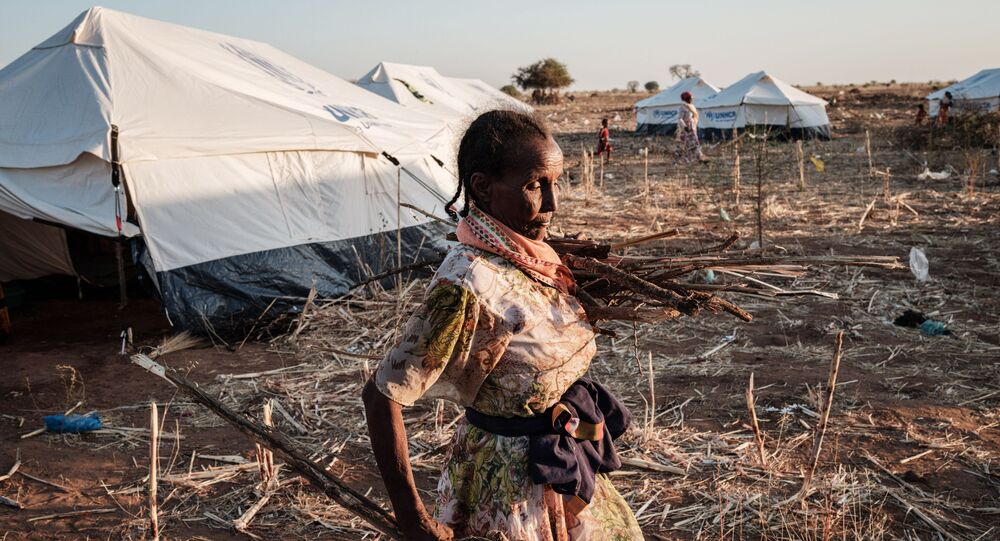 Under the rule of Prime Minister Abiy Ahmed, Ethiopian soldiers have been fighting the Tigray People's Liberation Front (TPLF) in the region since early November. Thousands are feared dead as a result of the conflict.

Ethiopian forces opened fire on a United Nations team visiting refugees in the country, the spokesman for the Ethiopian government's task force for Tigray – Redwan Hussein – admitted on Tuesday.

He claimed that the team ignored instructions and drove through government checkpoints in the war-torn region without stopping.

"Some of the UN staff were actually detained and some were shot at...They broke two checkpoints to drive to areas where they were not supposed to go, and that they were told not to go. When they were about to break the third one, they were shot at and detained," Hussein said, as quoted by Reuters.

The UN team arrived in Ethiopia's Tigray region to visit the Shimelba camp for Eritrean refugees, when they were targeted by the Ethiopian army on Sunday.

The UN and aid agencies have been pressing for safe access to Tigray, where more than 5 million people live, many of whom relied on food aid – a plight which has been made worse by the recent conflict.

Hussein argued that the UN is not playing by the rules.

"The agreement we entered with the UN was in the belief that the UN would coordinate with us but the government would call the shots...Ethiopia is being run by a strong functional government that knows how to govern a nation. It doesn't need a babysitter," the spokesman said, as quoted by Reuters.

Prime Minister Abiy Ahmed announced a military operation in Tigray on 4 November, months after cutting ties with the local TPLF authorities after they refused to follow a federal order to postpone elections amid the coronavirus pandemic. The region held elections but the results were never recognised by Addis Ababa. The TPLF quitted Abiy's governing coalition in 2019.