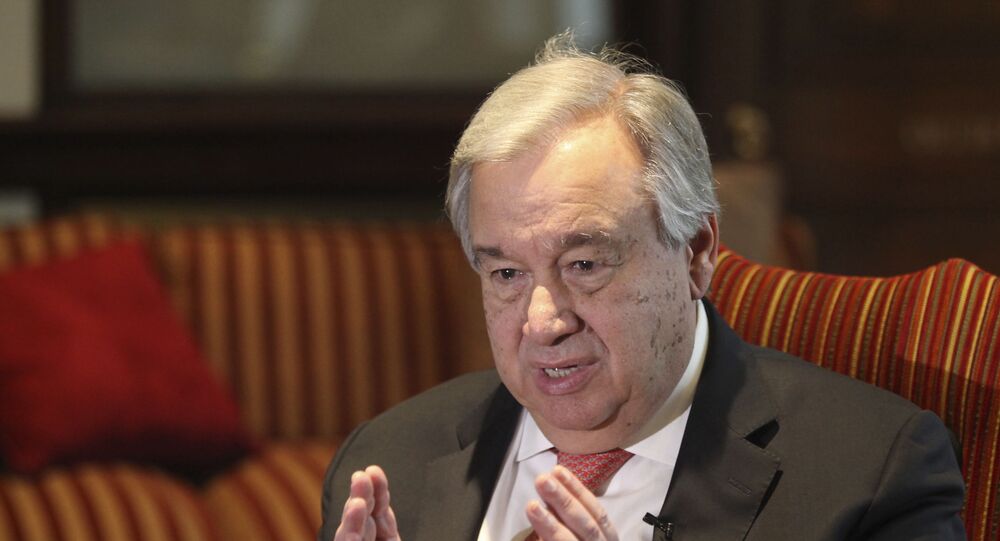 MOSCOW (Sputnik) - UN chief Antonio Guterres has decried an armed attack on labourers working in rice fields in northeastern Nigeria, which left dozens killed and many others abducted, and expressed hope that the massacre will not go unpunished.

"The Secretary-General condemns in the strongest terms the horrific attack on rice farm workers in Koshobe village, near the Borno State capital of Maiduguri by suspected militants on 28 November, in which scores were reportedly killed and many others injured or abducted, including women," his spokesman, Stephane Dujarric, said in a statement late on Sunday.

Guterres called "for the immediate and safe return of the abductees" and expressed hope that "those responsible for these heinous crimes will be quickly brought to justice."

On Saturday afternoon, armed men on motorcycles brutally killed dozens of civilians who were working in rice fields in Jere Local Government Area in the state of Borno. Several women are reported to have been kidnapped. Edward Kallon, UN humanitarian coordinator in Nigeria, said on Sunday that at least 110 had been killed in the attack.

Borno state is a stronghold of the Boko Haram militant group, which has pledged allegiance to the Daesh* and is infamous for numerous attacks and abductions in western Africa.