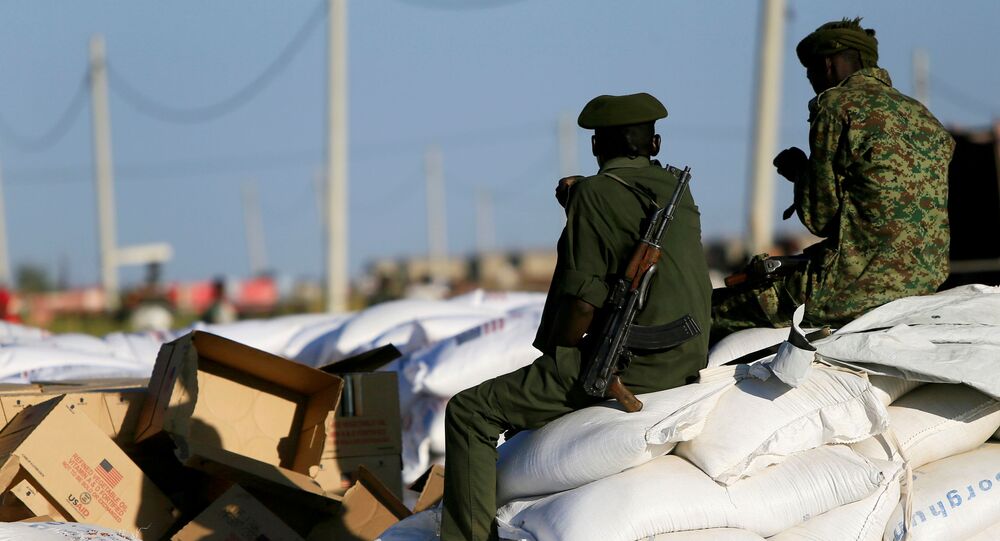 Earlier this month, at least two missiles were fired from the northern Ethiopian state of Tigray at neighbouring Eritrea as the breakaway region remains engulfed in a conflict with Addis Abba.

Six explosions were reported in the Eritrean capital of Asmara late on Saturday, according to the US State Department, amid tensions in neighbouring Ethiopia, where government forces are fighting the Tigray People's Liberation Front.

The US State Department is urging US citizens to avoid non-essential travel to Eritrea.

#Eritrea: At 10:13pm on Nov 28 there were six explosions in Asmara. Continue to exercise caution, remain in homes (when not at work), conduct only essential travel, and remain aware of the conflict in Tigray. US Citizens should avoid travel to Eritrea. https://t.co/XMR5o44DEj pic.twitter.com/OhVstkAvYQ

The statement comes a day after AFP reported, citing four regional diplomats, that Asmara had come under fire from Ethiopia's northern Tigray region. The sources told the media outlet that at least one rocket had been fired. There was no immediate confirmation of how many rockets were launched, and whether any casualties or damage were caused.

The Tigray People's Liberation Front claimed responsibility for similar strikes on Eritrea two weeks ago, however, there has not yet been any official comment from the group on Saturday's explosions in Asmara.

On Saturday, Ethiopian Prime Minister Abiy Ahmed announced that federal forces had gained "full control" of Mekelle, Tigray's capital, within hours of launching an offensive there.

"God bless Ethiopia and its people! We have entered Mekele without innocent civilians being targets", the prime minister said.

It was reported earlier this month that at least two rockets, suspected to have been launched by the leaders of Ethiopia’s Tigray Region, had hit Asmara. Shortly after the attack, one eyewitness in Asmara told The Telegraph that the rockets appeared to be long-range missiles, while Morad News reported that three missiles hit the Eritrean capital, with two of them striking the airport and the third hitting the Sembel residential complex.

At the time, Chairman of the Tigray People's Liberation Front (TPLF) and acting President of the Tigray Region Debretsion Gebremichael claimed responsibility for two missile attacks in the Amhara region of Ethiopia and did not exclude more strikes, including in Eritrea, claiming on Tigray TV that all means would be used "to defend ourselves".

The fighting in Ethiopia's north broke out in early November after the federal government accused the Tigray People's Liberation Front (TPLF), the ruling party in the Tigray region, of attacking a local military base.

The Ethiopian armed forces have launched an operation in the defiant region. The prime minister's office announced a state of emergency in Tigray for a period of six months. Over 43,000 people have reportedly fled to Sudan over the escalation of tensions.