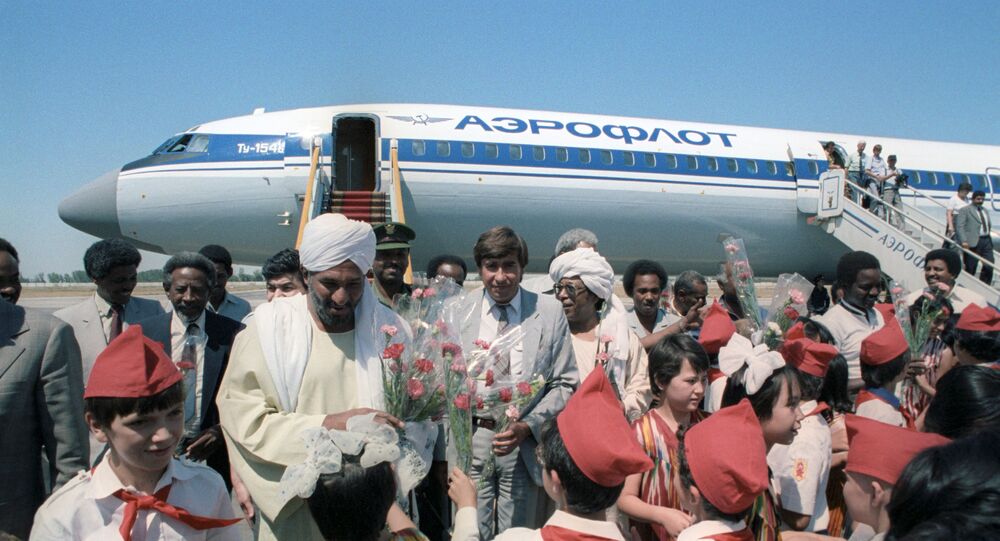 Al-Mahdi, the leader of the largest opposition party in Sudan, became head of the country's government in 1986 but was overthrown in a military coup in 1989 that led the now ex-Sudanese President Omar al-Bashir to power.

Al-Mahdi tested positive for the novel coronavirus (COVID-19) in early November. He passed away in a UAE hospital after his health condition deteriorated.

Wow. Sadiq al-Mahdi, two-time former PM of Sudan, leader of the Umma Party, and scion of a religious dynasty, has died of COVID. The end of an era. https://t.co/ErmU7lhbit

The leader of the main opposition Umma Party, Al-Mahdi was a controversial figure in Sudanese politics. He slammed the recent announcement by US President Donald Trump about Sudan normalising ties with Israel, while his party threatened the transitional government in Sudan over the possible reconciliation with Tel-Aviv.

After ex-President Omar al-Bashir was toppled by a military coup - three decades after he ousted al-Mahdi - the latter praised the army's role in the coup and expressed support for the months-long anti-government protests that had erupted in the country before the transition government was established.

As of today, al-Bashir is serving a two-year prison term on corruption charges. In May 2019, he was charged with incitement and involvement in the killing of protesters who participated in the demonstrations. Back in 2009, he also became the first head of state in Sudan's history to be subjected to an arrest warrant issued by the International Criminal Court in connection with charges of genocide and crimes against humanity during the 2003 conflict in Sudan's Darfur.