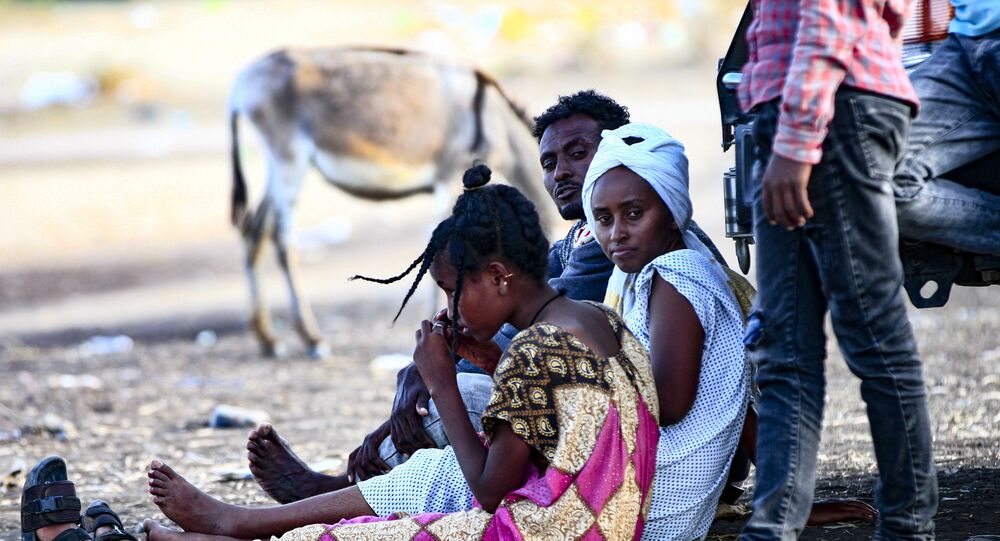 Over 45,000 Ethiopian Refugees Seek Shelter in Sudan Amid Tigray Conflict

CAIRO (Sputnik) - More than 45,000 people have fled Ethiopia since the start of the armed conflict in the Tigray region, Alsir Khaled, head of Sudan's refugee agency in the eastern border town of Kassala, told Sputnik.

In November, an armed conflict started between Ethiopia’s government and the Tigray People's Liberation Front (TPLF) after the government accused Tigray forces of conducting an attack on a military base in the region.

"The number of Ethiopian refugees [in Sudan] who are fleeing the war in the Tigray area in the north of Ethiopia has surpassed 45,000. At the same time, local issues [relating to housing refugees] continue because of humanitarian organizations’ slow work," Khaled said.

​On Sunday, Ethiopian Prime Minister Abiy Ahmed said that TPLF rebels had three days to "surrender peacefully" and called on civilians in the capital of the Tigray region, Mekelle (Mekele), to stand in solidarity with government forces.

Ethiopia: @UN & partners remain extremely concerned about the safety of civilians in the Tigray region & call on all parties to comply with their obligations under international humanitarian law to protect civilians. https://t.co/0l2HfrdGVb pic.twitter.com/TbEaybi7oS

Ethiopia is a mosaic of different ethnic tribes - Amhara, Oromo, Tigrayan, Sidama, Gurage, Wolayta and Somali. Meles Zenawi and the Tigrayan elite ruled the country until they began to lose power after his death in 2012.