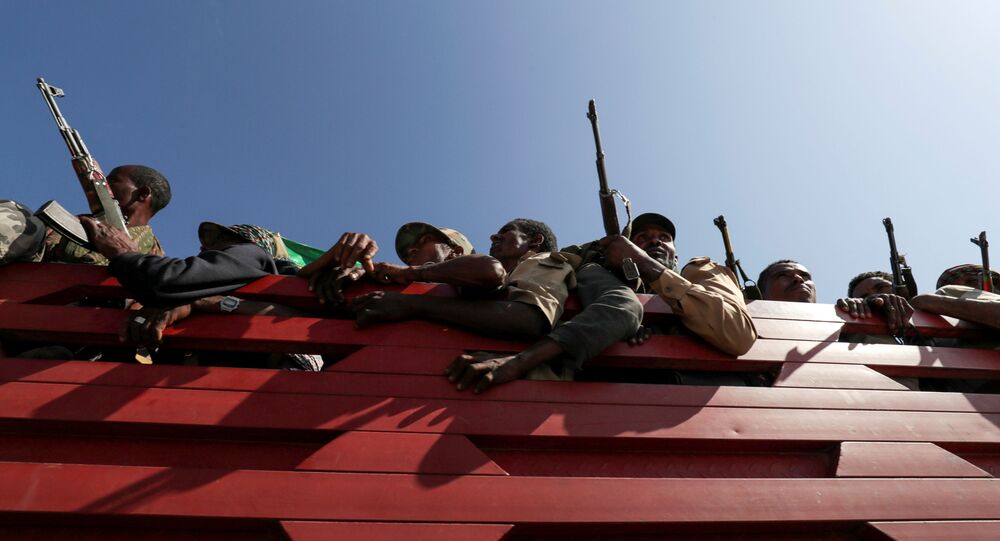 Ethiopia 'Ready to Use Tanks, Artillery' to Capture City of Mekelle From Rebel Tigray Forces

In the beginning of November, fighting erupted between the Ethiopian federal government and the rebel TPLF party, which maintains de facto control of the Tigray region in the north. On 21 November, the government announced that they had taken control of the town of Adigrat in the region, and were now heading to Mekelle.

The spokesman for Ethiopia's government military forces said on Sunday that they will "use tanks, artillery" to capture the city of Mekelle, the capital of the Tigray region, from TPLF forces.

"The next phases are the decisive part of the operation, which is to encircle Mekelle using tanks, finishing the battle in the mountainous areas and advancing to the fields,” military spokesman Colonel Dejene Tsegaye told the state-run Ethiopia Broadcasting Corporation, as quoted by Reuters.

The Ethiopian military warned civilians about the possible use of artillery on the city.

The TPLF later said in response that the regional forces were "holding firm" against the federal troops on the southern front, according to Reuters.

Just a day before, the Ethiopia State of Emergency Fact Check, a government agency, said on their Facebook page that the country's defence forces were now marching on Mekelle after capturing Adigrat.

Adigrat is located 116 km north of Mekelle and 898 km north of the country's capital Addis Abada. The current position of the forces was hard to verify due to severed internet and phone lines, Reuters said earlier.

The Ethiopian government's spokesman, meanwhile, responded by saying that the opposition Tigray forces have "laid explosives" and "destroyed roads" in the south.

The federal government has been pushing the military further into the Tigray region, which is under the de facto rule of the TPLF (Tigray People's Liberation Front), which state officials describe as a "military junta".

The fighting between the government forces and TPLF erupted in early November, when officials in Addis Abada accused the rebels of attacking a local military base located in the region.

According to Ethiopia's Ambassador to Russia Alemayehu Tegenu, the operation has been conducted with "maximum care to protect civilians",  despite rising concerns among UN officials about the deteriorating humanitarian situation in the northern part of the country, which has prompted thousands of people to flee Ethiopia in recent weeks.