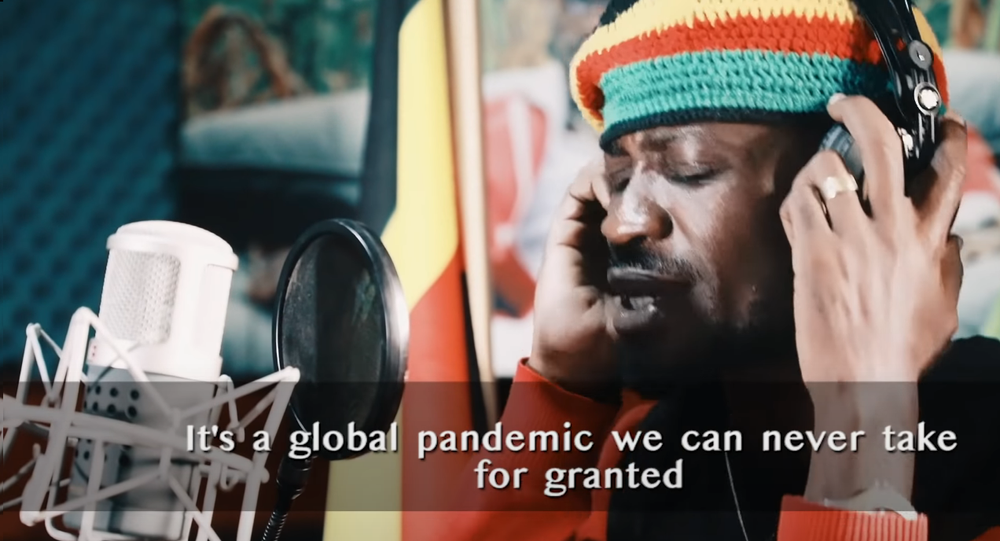 The East African nation of 42.7 million was plunged into deadly violence this week as news of the arrest of Robert Kyagulanyi Ssentamu, stage name Bobi Wine, spread among his supporters. Mr. Wine, a candidate in the country’s forthcoming presidential elections, was arrested Wednesday and charged with flouting coronavirus restrictions.

Ssentamu, 38, a candidate in the January 2021 Ugandan presidential election, was arrested and charged with flouting coronavirus-related regulations on Wednesday after holding a large rally in the country’s east.

His detention sparked widespread unrest, with supporters in the capital city Kampala and other urban areas setting up barricades and burning tires and trash in the streets, prompting the government to deploy the military and to introduce curfews, with the unrest leading to the death of 37 people, according to police.

Police accused protesters of engaging in mass violence, vandalism, looting, and intimidation against Ssentamu’s opponents, and arrested 577 people, seizing makeshift weapons including bows and arrows, fuel drums, and what authorities said was evidence of payments to rioters. The military remains on high alert, and has promised to “respond quickly and effectively to any incident of criminality across levels” if unrest continues.

Ssentamu, a candidate for the National Unity Platform, publicly defied government orders on large-scale campaign rallies in June, claiming that coronavirus guidelines were being used as a pretext to try to suppress the opposition.

During his bail trial Friday, Wine dismissed the charges against him, saying he believed Museveni should have been in the dock instead of him for “killing innocent citizens".

The court set a bail of 1 million shillings (approximately $270 US), and ordered Ssentamu to stop holding rallies of any more than 200 people. He was charged with breaching the country’s public health act, an offence which can carry a maximum prison sentence of seven years.

On Thursday, Museveni alleged that “outsiders”, including “homosexuals and others who don’t like the stability and independence of Uganda” were being used by Ssentamu to try to destabilise the situation.

Ssentamu is a well-known local musician, actor, and businessman-turned-politician, beginning his career in politics in 2017, when he won a seat in the country’s parliament. He gained a level of international prominence after his music was featured in Disney’s 2016 feature film Queen of Katwe. He has also attracted controversy in the West, having his concerts in Birmingham and London canceled in 2014 over music lyrics perceived as homophobic.

Ssentamu has been arrested repeatedly in recent months. In August, a court accused him of falsifying information about his age regarding his registration as a candidate for public office. In early November, he was arrested again and pepper-sprayed in the face after being accused disrupting public order shortly after formally registering to run for president.