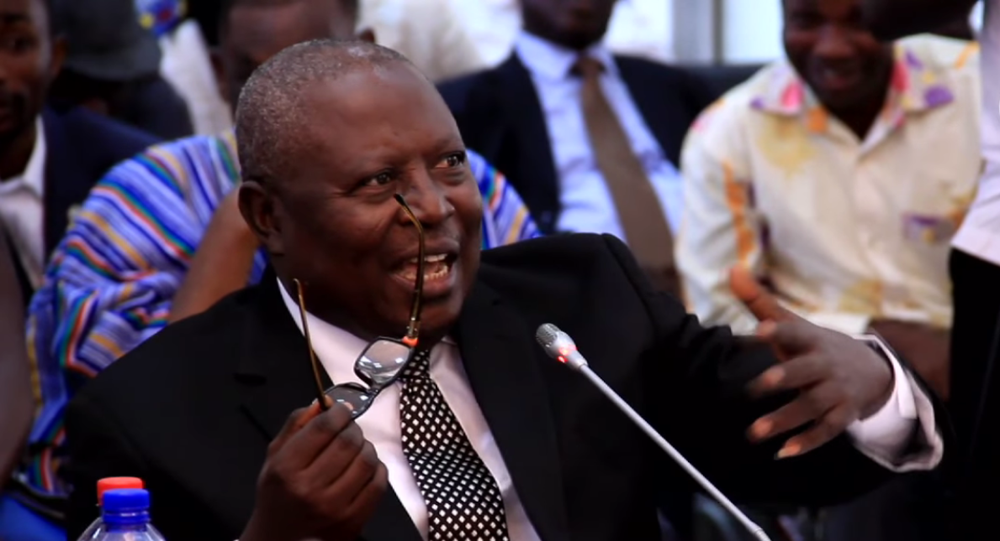 The dramatic resignation of Ghanaian Special Prosecutor Martin Amidu, one of West Africa’s most well-known anti-corruption crusaders, could spell doom for a controversial deal he opposed that would sell much of Ghana’s gold futures on the London stock market.

Amidu told Ghanaian news site Graphic he had quit the post four years before his appointment was over due to “political interference in the independence” of his office.

In a letter addressed to Ghanaian President Nana Akufo-Addo, Amidu said he took the job in January 2019 because Akufo-Addo promised to ensure his “independence and freedom of action” in pursuing corruption in the government.

"The events of 12th November 2020 removed the only protection I had from the threats and plans directed at me for undertaking the Agyapa Royalties Limited Transactions anti-corruption assessment report and dictates that I resign as the Special Prosecutor immediately,” Amidu wrote.

According to Ghanaian news site MyJoyOnline, the November 12 event to which Amidu refers is the death of former Ghanaian President J.J. Rawlings, who ruled the West African country for 30 years and who served as a vital go-between for Amidu and Akufo-Addo.

However, Amidu made clear the precipitating cause was the stormy reaction given to his report on the Agyapa Deal, a proposal to sell most of Ghana’s future gold royalties, presently owned by the government, to a company based on the British island of Jersey, a well-known tax haven.

“The reaction I received for daring to produce the Agyapa Royalties Limited Transactions anti-corruption report convinces me beyond any reasonable doubt that I was not intended to exercise any independence as the Special Prosecutor in the prevention, investigation, prosecution, and recovery of assets of corruption,” Amidu wrote. “My position as the Special Prosecutor has consequently become clearly untenable.”

Amidu’s report highlighted the risks involved in selling almost 76% of the royalties generated from 16 large Ghanaian gold mines to a company in a well-known tax haven and a secrecy jurisdiction, including money laundering. Ghanaian Finance Minister Ken Ofori-Atta claimed in August the deal was totally transparent and that posting 49% of the company’s royalties on the London Stock Exchange - a first for any African gold company - would only enhance the country’s wealth.

According to Graphic, the president’s office had reportedly sat on the report for two weeks before a frustrated Amidu released it publicly on November 2. The outlet reported that two days later, Ofori-Atta “refuted” Amidu’s assessment, and Akufo-Addo pressured the special prosecutor to accept the rebuke.

“That would have compromised my independence as the” special prosecutor, Amidu told the outlet.

The Agyapa Deal has since gone back to the Parliament of Ghana, which will have to OK it again before the end of the year.

Amidu further noted in his letter that during his tenure, he encountered one barrier after another to his attempted corruption probes - a complaint he has made almost as long as he has been a special prosecutor.

“You ask for information; you can’t get it. You ask for docket; the docket cannot be produced. You ask a minister for a record; the record cannot be produced. How do you fight corruption when those appointed by the president who has a vision are not coordinating with the Office of the Special Prosecutor to achieve his mandate? That is the challenge we have to face,” Amidu told the Ghana Audit Service in 2018.

Indeed, some thought that resigning would be an appropriately dramatic way for Amidu to call attention to the repeated interference with his office. Journalist Manasseh Azure Awuni told GhanaWeb just hours before Amidu’s letter became known that he was surprised it hadn’t happened yet.

“My surprise is why Martin Amidu hasn’t resigned. Because he keeps giving one reason to the other, if all of these is continuing and you have no solution to it, the best is to resign so they could be some attention to the challenges in that office,” Awuni said. “You have somebody in office and for 3 years the only work he’s done is the Agyapa deal. So if there are challenges that are not being resolved, the best thing for him is to resign.”

From Africa to Russia: Ghana Student Opens Up on His Path to Become a Diplomat