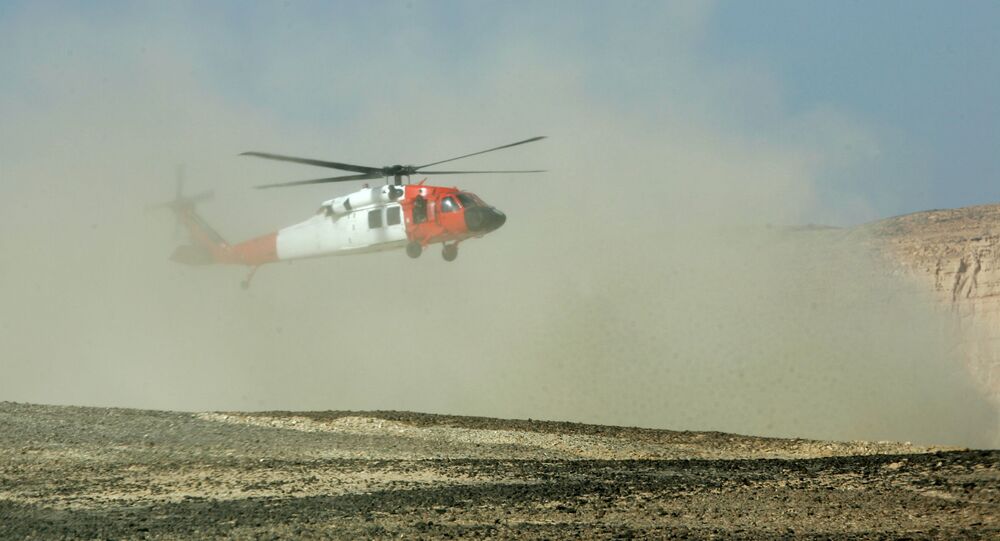 Number of Victims of Sinai Chopper Crash Rises to Eight, Including Six US Soldiers

Earlier in the day, Sky News Arabia reported that a helicopter had crashed in Egypt’s Sinai. The chopper, revealed to be a UN aircraft, crashed as the result of a technical malfunction at the junction of the border between Saudi Arabia and Jordan.

Eight members of the Multinational Force and Observers, an international peacekeeping force, have been killed in a helicopter crash in Egypt's Sinai peninsula, including six Americans, a French citizen and a Czech national, the MFO said in a statement.

According to the MFO, one of its members, a US national, survived the crash and was airlifted to hospital.

The MFO will conduct an investigation of the accident, which took place during a routine mission in Egypt’s area of Sharm el-Sheikh, the statement added.

​Earlier in the day, the Israeli Broadcasting Corporation reported that a helicopter belonging to the United Nations has crashed at the junction of the border between Saudi Arabia and Jordan, killing seven of its crew.

Israeli and Egyptian officials were quoted by AFP news agency as saying that the crash appeared to be caused by a technical malfunction, dismissing concerns that it could have been attacked.

The MFO, operating in and around the Sinai Peninsula, was established by an agreement between the Arab Republic of Egypt and the State of Israel to monitor the implementation of its security provisions and employ best efforts to prevent any violation of its terms.