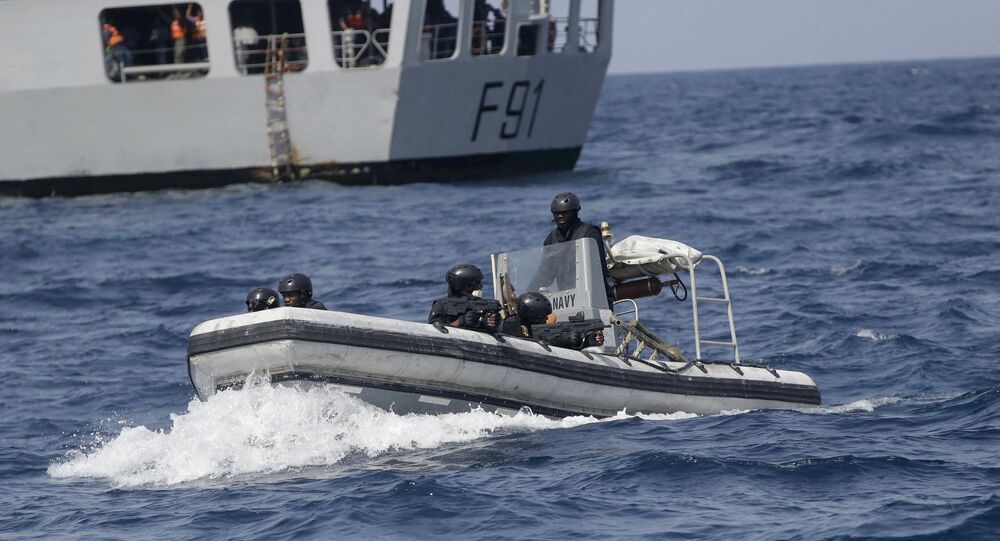 MOSCOW (Sputnik) - Pirates have launched an assault on a tanker located 70 nautical miles southeast from Benin's port city of Cotonou, the sixth attack on vessels in the Gulf of Guinea over the past week, the Dryad Global maritime security portal said on Wednesday.

According to the portal, pirates attacked the M/T Jane tanker, which is registered in the Marshall Islands, at 01:19 GMT on Wednesday morning. The attack eventually proved to be unsuccessful and the crew has been reported safe, the portal said.

Wednesday's incident is the sixth such attack to take place in the Gulf of Guinea in as many days. The portal said that the pirates are likely attempting to conduct kidnap for ransom operations

The Russian Foreign Ministry in late September urged the countries of the region to consolidate their efforts to combat piracy after two Russian nationals were captured by pirates during an attack on the Water Phoenix cargo ship on 8 September.