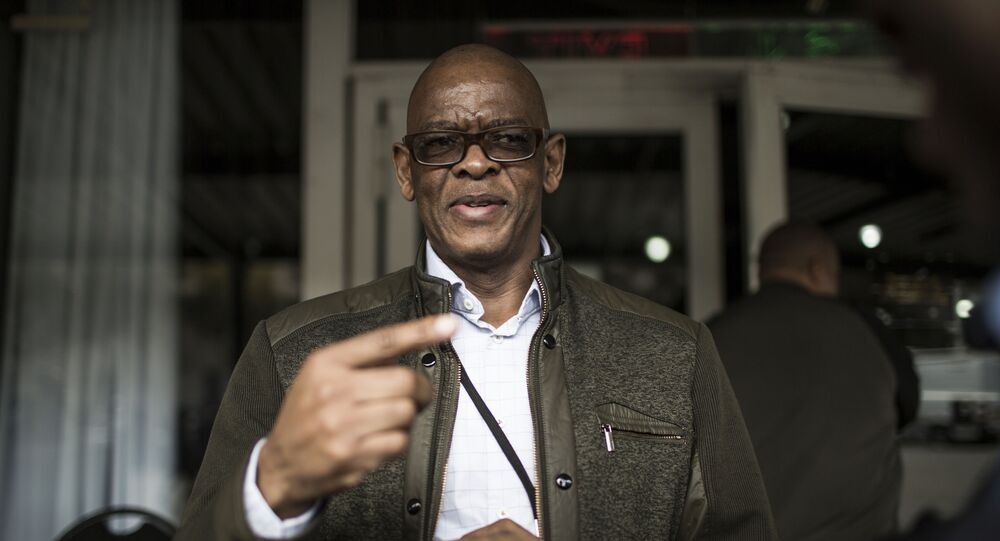 "He hasn't been arrested as yet but the warrant has been signed... on charges of corruption in the asbestos case", she said.

According to reports, the case is related to Magashule’s role in an asbestos audit contract in the Free State, a province in South Africa that has long been a focal point of corruption and political power. Magashule, who at present oversees the day-to-day running of the party, is a former premier of the region and is President Cyril Ramaphosa’s biggest political rival.

Magashule is the highest-profile politician to be formally accused of a crime since Ramaphosa became president in 2018 and pledged to crack down on graft, which turned out to be endemic during his predecessor Jacob Zuma’s leadership. The government allegedly determined that more than 500 billion rand ($32 billion) was stolen.

In the meantime, Magashule has been captured on video in Soweto, a township of the City of Johannesburg Metropolitan Municipality in Gauteng, South Africa while reportedly campaigning for 11 November by-elections.

When speaking to correspondents in Soweto, ​Magashule commented on the reports about the warrant for his arrest.

"I will talk to my lawyers this afternoon. It has been coming all the time, so I am not worried at all. So let's see, if it happens, it happens. I am not worried because I know I have not done anything wrong as a law-abiding citizen", he said.

The politician also noted that he has not yet received any information on the matter from the Hawks.