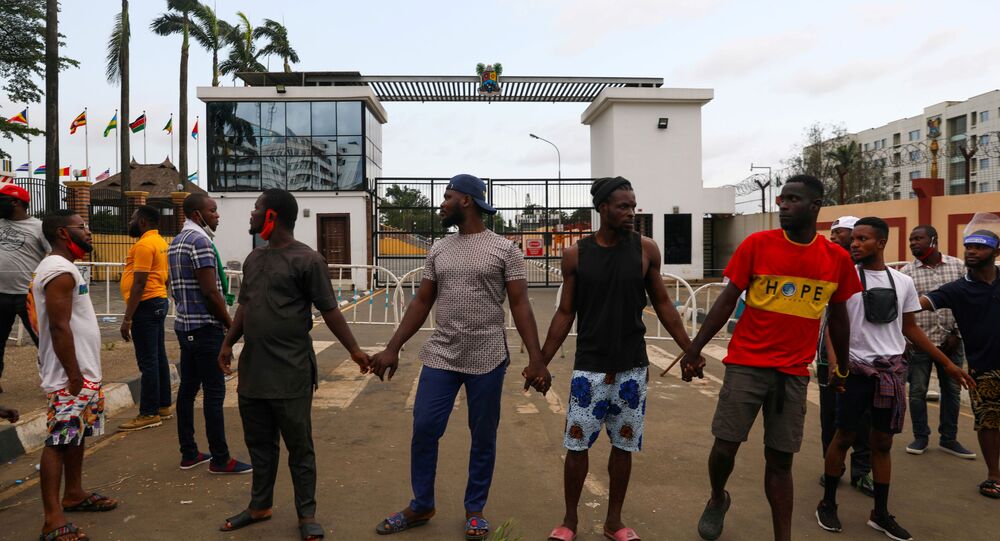 MOSCOW (Sputnik) - As many as 520 protesters were arrested in Nigeria's southwestern state of Lagos on suspicion of arson, robbery, murder and illegal possession of firearms during the ongoing demonstrations in the country, local Police Commissioner Hakeem Odumosu said.

"Based on these incidences, the command was able to arrest a total of 520 suspects for various offences ranging from arson, robbery, murder, rioting, malicious damage, and unlawful possession of firearms," Odumosu said, as quoted by The Nation newspaper.

In addition, several police officers and civilians we killed as a result of clashes, while many others were injured, the police commissioner said.

The #EndSARS rallies across Nigeria ignited after numerous claims implicated the country's Special Anti-Robbery Squad (SARS) police unit in acts of killings, torture and blackmail. The department was disbanded by the authorities and replaced with the Special Weapons And Tactics (SWAT) squad. Nonetheless, the protests continued against other forms of police violence.

On Tuesday, Lagos saw another day of violent protests as the #EndSARS rallies continue across Nigeria. According to the local police, 16 police stations were set on fire, and 13 more were vandalized. In addition, protesters burned 58 police vehicles and 62 private cars, as well as several private and public institutions were defiled.